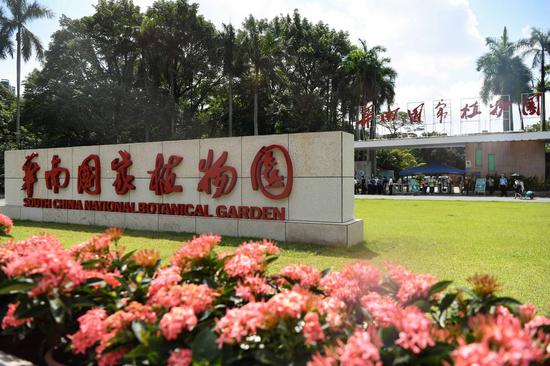 The South China National Botanical Garden was inaugurated in Guangzhou, capital of Guangdong Province, on Monday.

It aims to strengthen the conservation, scientific research and knowledge dissemination of tropical and subtropical plants.

The garden has three research centers, one herbarium, two national-level field stations and three key laboratories of the Chinese Academy of Sciences.

With a total planned area of 319 hectares, it conserves more than 20,000 plant species, including 6,000 economic plant species, across 38 specialized gardens.

As a country with some of the richest plant biodiversity around the world, China is home to more than 37,000 known higher plant species, accounting for about one-tenth of the global total.

On April 18, the country also made another milestone move to strengthen its biodiversity protection by officially inaugurating the China National Botanical Garden in Beijing.