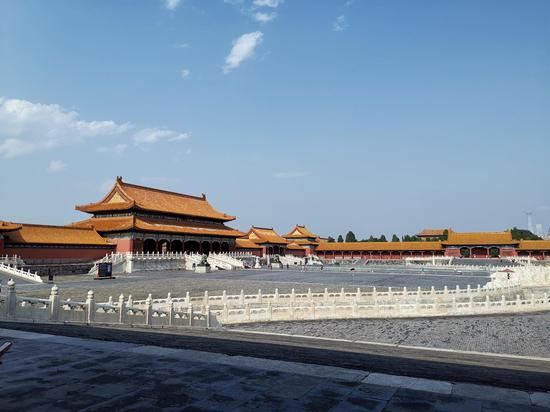 The Palace Museum apologized late Friday for oversight that made possible the car driving by a woman inside the Forbidden City, according to its official Weibo account.

The driving action came to light due to four pictures showcasing an off-road vehicle parking in the corner of the square in front of the Gate of Supreme Harmony (Taihemen). The pictures, shown to be shot on Monday, the museum's scheduled closure day, were posted by the woman driver on Sina Weibo and triggered intense outrage among Chinese netizens.

Some netizens demanded further investigations into the incident and punishment while others expressed disappointment at the museum management for failing to well protect the site of the world cultural heritage.

The car-driving ban in the Palace Museum was put in place in 2013 during Shan Jixiang's tenure as curator of the Palace Museum. He explained that it was a matter of cultural dignity as car driving was also forbidden in the Buckingham Palace in the United Kingdom and the Versailles Palace in France.

On April 26, 2013, when the then French President Francois Hollande visited the Forbidden City with his girlfriend, their motorcade was stopped from entering the Meridian Gate, the entrance of the Forbidden City. So he had to get off his car and got inside on foot.