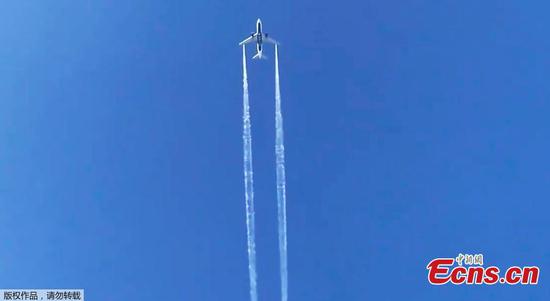 An airplane returning to Los Angeles International Airport (LAX) on Tuesday morning dropped jet fuel onto a school playground, leaving some people with minor injuries, according to local media reports.

The airplane, Delta Flight 89, had taken off from LAX with 149 passengers on board and was en route to Shanghai when it turned around and headed back to the airport, according to the Los Angeles Times.

Seventeen children and nine adults at an elementary school in Cudahy, located in the southeast of Los Angeles County, were treated for minor injuries, according to the Los Angeles County Fire Department. No one was taken to a hospital, and no evacuations were initiated.

The agency's spokesperson Nicholas Prange said two classes were outside when the liquid rained down shortly before noon. Students and staff were instructed to go indoors.

In a statement, U.S. Federal Aviation Administration spokesman Allen Kenitzer said Delta Air Lines Flight 89 declared an emergency after departing from the airport, then returned to the airport and "landed without incident."