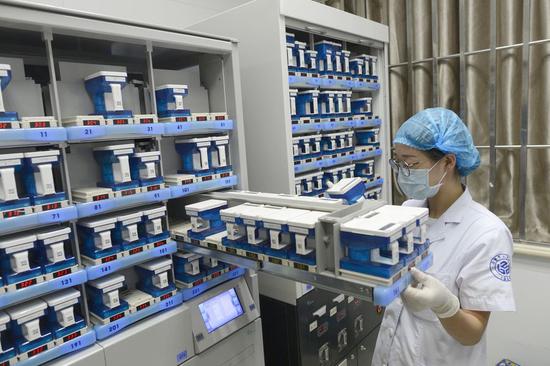 China's revised drug administration law, adopted by the top legislature in August, went into effect Sunday, as part of the country's efforts to strengthen supervision to ensure drug safety.

Aimed at addressing prominent problems of the pharmaceutical industry, such as counterfeit and substandard drugs and high drug prices, the revised law stipulates the strictest standards and toughest measures in supervision over the whole process of the industry chain, including the research and development, manufacturing, sales, use and management of drugs.

The revision also increases both the lower and upper limits of the penalties in the law. For instance, those who produce counterfeit drugs will be fined 15 to 30 times their earnings, as opposed to two to five times before the revision.

Several occasions are stipulated in the law where heavier punishment is applicable, including producing and selling counterfeit or substandard drugs for children and pregnant women.

The drug administration law was first promulgated in 1984. The revision in August is the first overhaul since a 2001 revision.