Giant panda to leave for Austria in 4-year research project 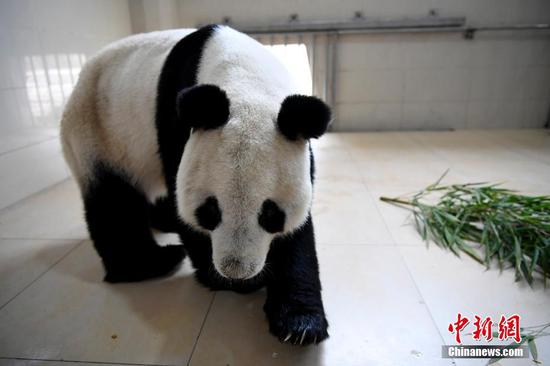 A giant panda will leave for Austria for a four-year collaborative research project, a panda research base in southwest China's Sichuan Province said Monday.

Yuanyuan, a 20-year-old male, will leave Chengdu at 4:45 a.m. Tuesday for its new home at the Schonbrunn Zoo in Vienna, according to the China Conservation and Research Center for the Giant Panda (CCRCGP) based in the Wolong National Nature Reserve.

A farewell party for the panda was held at the base Monday afternoon.

The research on Yuanyuan in Austria will enhance China's cooperation with Austria in areas such as breeding, disease control and prevention as well as the reproduction of the giant panda, said Zhang Zhizhong, an official with the CCRCGP.

The base has launched giant panda research programs in cooperation with 15 zoos in 13 countries and regions so far, according to Zhang.