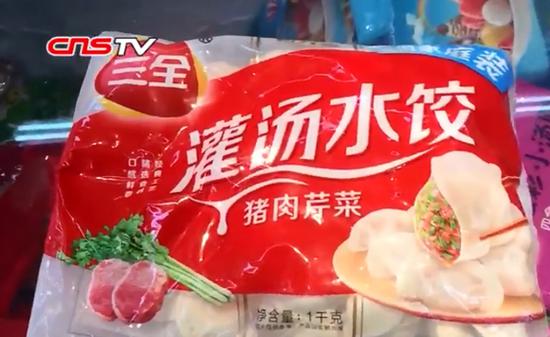 The Sanquan Foods has sealed all batches suspected of being contaminated with African swine fever and is cooperating with official investigation.

In a public notice released on Monday morning, the company referred to media reports saying that samples from three batches of its pork-filled dumplings had tested positive for the nucleic acid associated with African swine fever.

The samples were collected in the Xiangxi Tujia and Miao autonomous prefecture in Hunan province and Jiuquan in Gansu province.

The company immediately reached out to market regulators and sealed all affected batches, including those already dispatched to its sales channels.

The provincial government of Henan has sent an investigative team led by the provincial Department of Animal Husbandry to Hunan and Gansu provinces to look into the matter, according to the notice.

The notice said the company operates a complete system for food safety and product tracing.

"In addition to requiring qualified pork suppliers to strengthen their tests and inspections, the company is also implementing better examinations and measures that help control the African swine fever," it said.

The agriculture authorities in Gansu province confirmed the incidence over the weekend.