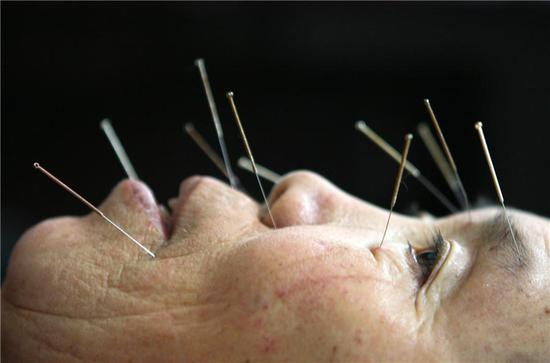 Integral TMS, a recently-launched psychiatric clinic in the Bay Area, aims to provide holistic care to patients with a focus on those Chinese immigrants.

"It's really a treatment over time," Hugh Brent Solvason, a psychiatrist and president of Integral TMS, said Saturday. "It's quite a challenge to keep people really well and functioning at their best. So I believe the treatment combined with Qigong and acupuncture can be consistent," he added.

The clinic is a partnership between Solvason and Nine Star University, a California-based traditional Chinese medicine university, where the clinic is housed. The university offers acupuncture treatment and Qigong classes in collaboration with Shaolin Temple USA.

"When all is in one place, it feels like a therapeutic community. So the patients know we are all working from different standpoints," said Solvason.

He started researching in transcranial magnetic stimulation (TMS), a noninvasive procedure that uses magnetic fields to stimulate nerve cells in the brain to improve symptoms of depression, in 2000. The clinical treatment was approved in 2007.

Solvason said "amazing" results have been achieved in some severe depression cases.

"Depression has a huge effect on the whole body. Traditional Chinese medicine believes it's a result of unbalanced Qi (energy)-blood circulation," said Philip Yang, president of the university.

He said acupuncture has proved to be an effective method to treat depression. One of his patients, a 22-year-old man, has suffered depression for 12 years.

"After three sessions, the patient said he had better sleep and appetite. He even had smiles again," said Yang.

"So this is a powerful combination, which integrates cultural aspects and makes Western psychiatric care more accessible to the Chinese community," said Solvason.

He said the clinic is recruiting bilingual psychiatrists to accommodate the needs of Chinese-speaking patients.