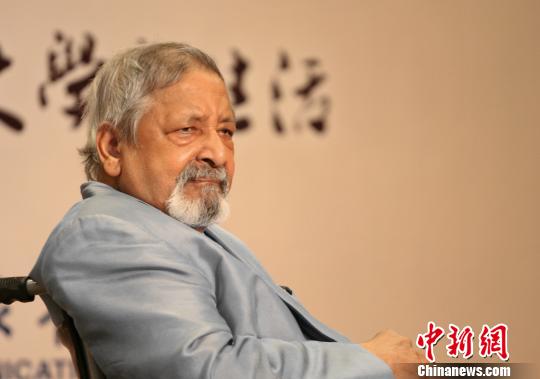 "He was a giant in all that he achieved and he died surrounded by those he loved having lived a life which was full of wonderful creativity and endeavour," his wife Nadira Naipaul said in a statement quoted by the Sky News broadcaster.

V.S. Naipaul won the Nobel Prize for Literature in 2001 and a lot of other awards during his literary career starting in the 1950s. Among the fiction and non-fiction books he wrote, the novel "A House for Mr. Biswas" brought him worldwide fame in 1961.

Naipaul was born in Trinidad in 1932 into an Indian family. He moved to England at 18 after receiving a scholarship to University College, Oxford.

Naipaul received a knighthood from Queen Elizabeth II in 1989.