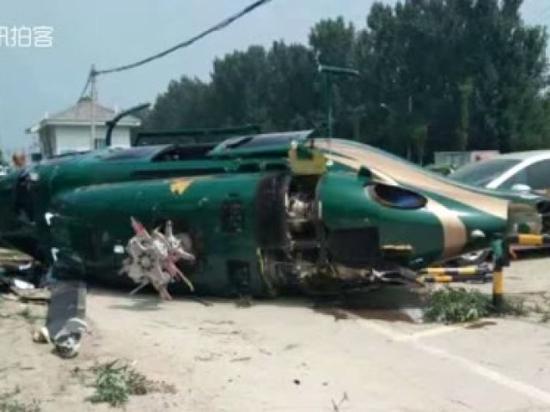 A helicopter crashes near Jixiangsi bridge in Beijing around 11 a.m. , July 30, 2018. (Photo/Screenshot on Weibo)

A helicopter crashed near Jixiangsi bridge in Beijing around 11 a.m. on Monday, according to the Beijing Youth Daily.

An eyewitness was quoted as saying that the helicopter hit the ground nose first with a loud bang and broke into two.

A rescue team and firefighters have rushed to the site. No injuries have so far been reported.