China asked to advise on transplants 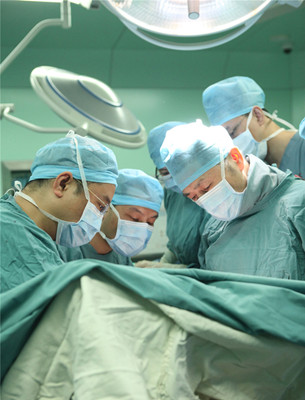 After years of working to overhaul its organ transplant system, China has been given a leading role on a new international committee that will advise health authorities worldwide on best practices in the field.

The Task Force on Donation and Transplantation of Human Organs and Tissues, officially established on Tuesday by the World Health Organization, will offer member nations policy advice and technical support on improving regulations and protecting human rights.

In announcing the news at a global medical conference in Spain, the WHO also announced that member nations had elected two Chinese experts to the influential body: Huang Jiefu, chairman of the China National Organ Donation and Transplantation Committee and a former vice-minister of health; and Wang Haibo, director of the China Organ Transplant Response System Research Center.

The results of the election mean China and the United States are the only countries with two representatives on the 31-member committee.

The National Health Commission said it showed China is playing a more important role in international organ transplantation, and that its practices and experiences are now recognized by the world's mainstream medical community.

The WHO's announcement marks a significant turnaround for China, which only a few years ago was largely excluded from international discussions on organ transplantations due to its practice of using organs from executed prisoners.

Before 2015, when the central government banned the use of executed prisoners' organs, Chinese transplantation experts faced many restrictions in international exchanges, according to the National Health Commission.

China proposed establishing a task force to improve supervision of organ donations and transplantation last year, and in May the country's contribution was recognized in a speech by Edward Kelley, WHO's director of service delivery and safety, on the sidelines of the 71st World Health Assembly.

The announcement formally establishing the committee came at the ongoing 27th International Congress of the Transplantation Society, which opened in Madrid on Sunday.

Setting up the task force will create a positive international environment for the sustainable development of organ donation and transplantation in China and proves the rumors of live organ harvesting to be groundless, the National Health Commission added in its statement.

China has 178 hospitals that can do organ transplants, while the numbers of donated and transplanted organs have been growing year by year since 2015, when China made voluntary donations from civilians the only legitimate source of organs.

In the first five months this year, the number of people who donated organs after death in China reached 2,459, with 7,559 transplant procedures completed, up 24.6 percent and 20.7 percent respectively over the same period last year, according to the China Organ Donation Administrative Center.

As of May, China had completed 17,600 posthumous organ donations, harvesting more than 49,000 organs, and completed more than 65,000 organ transplant procedures, the center said.

Last year, China performed more than 16,000 transplant procedures, ranking second in the world after the U.S.