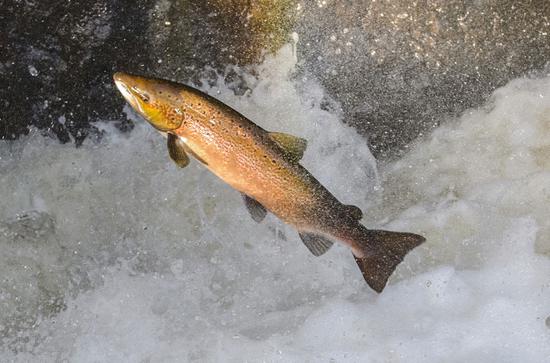 Species may be misrepresented in markets to get a higher price

Experts have called for clear labeling of salmon to avoid misleading consumers, following recent debates over the difference between salmon and trout.

"Traditionally, salmon refers to Atlantic salmon, and it is different from trout," said Gu Zhongyi, a nutritionist at Beijing Friendship Hospital of Capital Medical University. "It is common for trout to be sold as Atlantic salmon, though. Labeling should be regulated so consumers know whether they have bought Atlantic salmon or trout."

Salmon has become a hot topic following a report on China Central Television last week that around one-third of salmon sold on the domestic market is produced at a fish farm at Longyangxia Reservoir in Qinghai province. Many netizens say the fish raised in the reservoir are trout, not salmon, and that it's not suitable for eating raw as it may contain parasites.

In response, the China Fisheries Association said that, in China, the term salmon generally refers to a type of fish that includes Atlantic salmon and trout.

Whether or not a fish has parasites is not related to its being raised in seawater or fresh water but to the safety measures imposed while they are being raised, the association said. Trout raised in China, including at Longyangxia Reservoir, are raised in clear, cold water, and chances of their being infected with parasites are slim, it said.

An owner of a fish stall in Beijing's Haidian district, who asked that his name not be used, said on Monday that buyers sometimes ask about the origin of the salmon he sells, as he does not include specific information on the labels.

"But all the salmon I sell is Atlantic salmon," he said. "Salmon and trout look different. Trout are smaller, and buyers can tell the difference." Another stall owner said that nobody in the market sells trout anymore because the authorities have been conducting inspections over the past few days to find business irregularities. 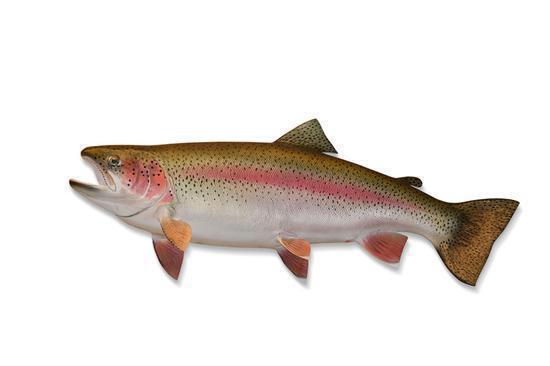 At a Carrefour store in Beijing on Monday, all salmon was clearly labeled with the name of the species and its place of origin. The price for salmon imported from Denmark was 178 yuan ($27.80) per kilogram, while the price of trout was around 80 yuan per kilogram.

Fan Xubing, who runs a company that sells aquatic products in Beijing, said some sellers label trout as salmon to get a higher price, but salmon and trout should be clearly labeled to notify consumers and respect their rights.

Gu, from Beijing Friendship Hospital, said Atlantic salmon or trout that is raised in compliance with safety standards are safer than wild ones, and the chances of parasites are slim－although, generally speaking, fish living in freshwater are more likely to be infected.

Although low temperature can kill parasites in salmon or trout, it is suggested that people cook the fish for more than a minute to ensure it's safe to eat.