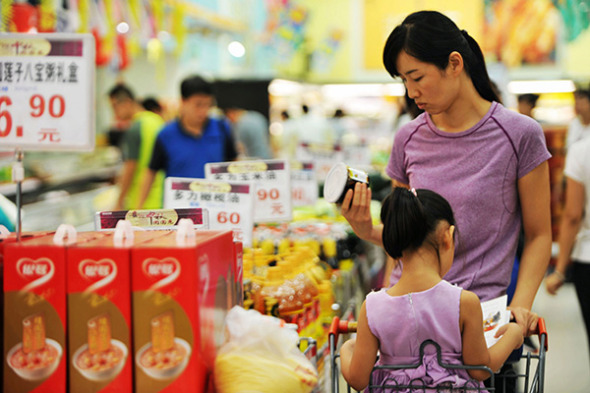 A special police unit was officially established in Guangdong province to focus on investigating cases involving food and drug safety and environmental pollution, with the goal of introducing more concrete and effective measures to fight such crimes, officials said.

The unveiling ceremony for the Investigation Bureau of Crimes of Endangering Food and Drug Safety and Polluting Environments was held in the Guangdong Provincial Department of Public Security over the weekend. It was attended by Li Chunsheng, vice-governor of Guangdong province, and other senior officials from the province's Department of Finance, Environmental Protection Agency and Food and Drug Administration.

The bureau consists of police officers from around the province.

"And the establishment of the bureau demonstrates the government's determination to fight against such crimes," said, Li who also heads the Guangdong Provincial Department of Public Security.

He urged police across the province to spare no effort to crack down on crimes involving endangering food, drug safety and ecological pollution to ensure a good environment for residents and tourists, safeguard the public's legal interest and further improve the public's confidence in their security.

"More special campaigns and operations should be launched to fight against such crimes in the southern province in the following months," he said.

The bureau was set up as police across the province continue to fight a growing number of cases involving food and drug safety and pollution. Such crimes had once been a problem in the province, which is one of the country's economic powerhouses. According to the department, police have detained 18,930 suspects after cracking down on 15,745 cases involving endangering food, drug safety and pollution across the province since 2014.

The number of such cases in Guangdong among 81 special campaigns accounted for more than one-sixth of the country's total.

Police seized more than 88,000 counterfeit Viagra pills and 95,000 doses of fake aphrodisiacs in 2016 in Dongguan, a Pearl River Delta city in Guangdong. A major criminal gang and a secret trafficking network were busted during the raids.