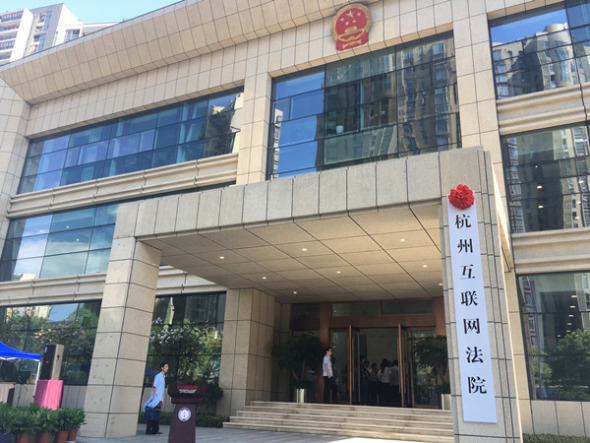 Picture of the front of the court. (Photo provided to ECNS.cn)

Hangzhou Court of the Internet, set up to handle the soaring number of online disputes, has gone online in Hangzhou, Zhejiang province, on Friday.

It is said to be the first internet court in the world, and it will focus on hearing six kinds of civil and administrative internet-related disputes, including online piracy and e-commerce.

The court has generated attention among internet and legal industries since its establishment was formally approved by the central leadership by the end of June.

Before establishing the court to specialize in hearing internet disputes, some grassroots courts in Hangzhou, the home of many Chinese technology enterprise including Alibaba, the company behind the Alipay mobile payment system and Taobao online marketplace, ran a successful pilot program of handling internet-related cases in 2015.