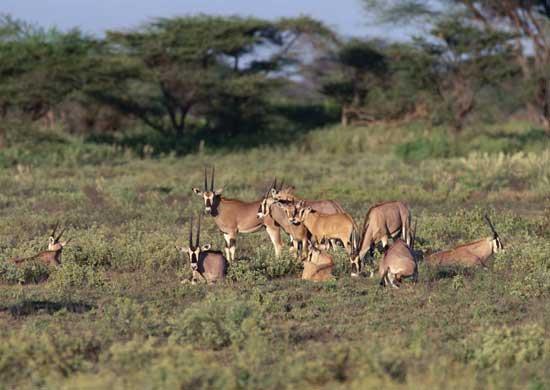 A team of Chinese zoologists and animal conservationists has been in North Tibet for the very first winter expedition on Tibetan antelopes.

A team of Chinese zoologists and animal conservationists has been in North Tibet for the very first winter expedition on Tibetan antelopes. Every year, thousands of antelopes migrate to the region to find their shot at love.

A place with a lake view down at the foot of the mountains seems a perfect spot to find true love.

Local herdsman says the mating season lasts about three weeks, in the first week, male antelopes drive off other males by making displays or chasing them with their heads down.

If that doesn’t work, they will spar with their horns.

The winners could get priority when picking females antelopes during the second week, and the third week is their honey moon.

"Powerful males form harems with a dozen females, sometime even up to twenty.... Weaker ones commonly get four or five..." Ciring Lhagya with Qiangtang Nature Reserve said.

Every November and December, male antelopes will leave their habitat in the mountains at elevations of over 5000 meters after a whole summer of separation from the females antelopes.

Extremely wary by nature, the antelopes are constantly on the alert. The whole process of this migration for love remains mysterious.

To find the answer, scientists have fit tracking devices on antelopes on the move.

"With the tracking system, we can get to know where they come from and when they get here, so we will know the exact time of the mating season of Tibetan antelopes. It’s important for the study of the species’ reproduction." Wu Xiaoming with Northwest Institute of Endangered Animals said.

The Tibetan antelope population now surpasses 200,000, the highest number in recent years, thanks to increased efforts to protect them and their environment.

After this season of love ends, new lives are expected in the coming summer.