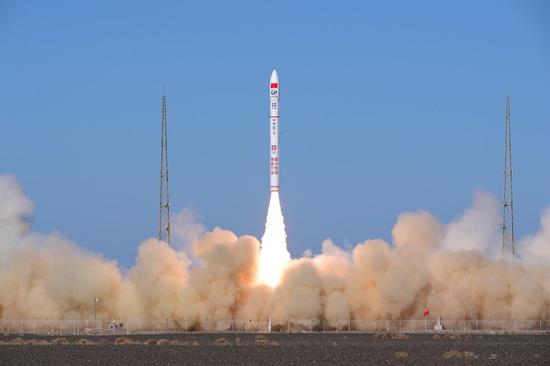 The China National Space Administration (CNSA) on Monday launched a national platform for remote sensing data and application services in Haikou, capital city of the southern island province of Hainan.

The CNSA said that the establishment of the platform and the two centers are of great significance.

China has launched the platform to build a national and comprehensive remote sensing resource sharing and application services system, which is a milestone achievement for the country's remote sensing sector. And the platform will promote the contribution and sharing of resources further.

The CNSA worked with Hainan Province to build the two centers. They will give full play to the data policy advantages of the Hainan Free Trade Port, coordinate international cooperation on remote sensing data and its application, support the implementation of the intergovernmental cooperation agreement on Earth observation, and promote the implementation of major international projects, the CNSA said.

Launched in 2010, the Gaofen project has become the backbone network of China's high-resolution Earth observation system. It has promoted the construction of a national space infrastructure system integrating satellite communication, satellite remote sensing and satellite navigation.

Zhao Jian, director of the CNSA Earth observation system and data center, said that there are currently more than 300 satellites weighing over 300 kilograms in orbit, and more than 200 remote sensing satellites.

He noted that the satellites have been able to achieve the all-elements, all-weather and full-coverage investigation and monitoring of Earth. They generate daily global-coverage satellite data at a resolution of 16 meters, and, after changing direction, it takes them five hours to revisit any region in the world using 1-meter resolution radar.

He said that all countries along the Belt and Road urgently need to improve their ability to prevent and control natural disasters and ensure the safety of people's livelihoods.

The international version of the platform can provide remote sensing satellite data and related products for BRICS countries and countries along the Belt and Road.

China has been making efforts to enhance the world's meteorological capabilities. In response to a request from the World Meteorological Organization and the Asia-Pacific Space Cooperation Organization in 2018, China adjusted the position of its Fengyun-2H satellite to provide better data to help Belt and Road countries cope with natural hazards.