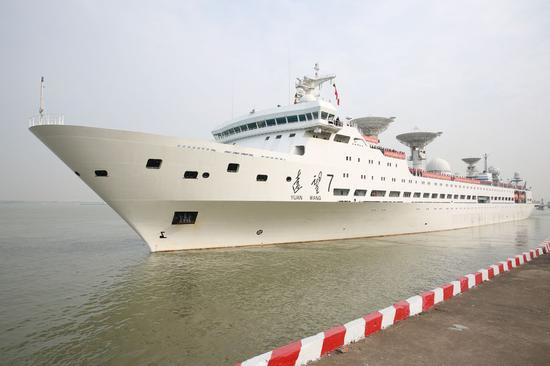 The departure of the two ships means that all six ships of the Yuanwang fleet are currently on their missions, and the fleet's maritime monitoring missions in 2019 are coming to a close.

Before the voyage, crew members analyzed possible difficulties and risks of the tasks, carried out overall examinations and tests of the facilities, and received tailored training to ensure the success of the missions.

In 2019, the fleet has so far completed 13 satellite maritime monitoring missions.

The fleet is currently having a transporting mission for Long March-5, China's largest carrier rocket.