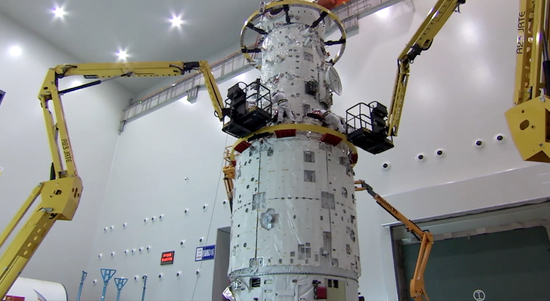 It's international cooperation that's out of this world.

The final list includes scientific research projects from 17 countries and 23 entities. They were selected from 42 applications among 27 countries.

These projects will be installed inside the core module, experiment lab modulesⅠand Ⅱ, as well as the on Exposed Experiment Platform of the Space Station.

The agreement is based on a memo signed in 2016, in which CMSA and the UNOOSA agreed to conduct international cooperation based on the Space Station Tiangong.

According to the China Manned Space Agency, the project selection process follows a set of principles. First, these projects must abide by the United Nation’s fundamental principles on peaceful uses of outer space, and they must have profound scientific value, and boost the research and development of related areas.

“We have listed all resources for scientific experiments in the space station in a manual and shared it with all applicants," said Lin Xiqiang, a spokesman for China Manned Space Agency. "The selection is not solely dependent on the advancement of technology. We also considered that the level of development may vary in different countries. Thus as long as the project will help improve scientific research and space study in their country, it will have our support.”

China space station Tiangong is now under intense construction and tests. It has 16 scientific experiment cabinets inside the station, an exposed experiment platform on the outside surface and an optics module, which will accompany the Tiangong in orbit. In all, it can support hundreds of research projects in over 30 subjects from eleven areas such as astronomy, space life sciences and biotechnology, basic physics in microgravity, space materials science, aerospace medicine, and more.

China expects to building its first space station—the Tiangong around 2022.