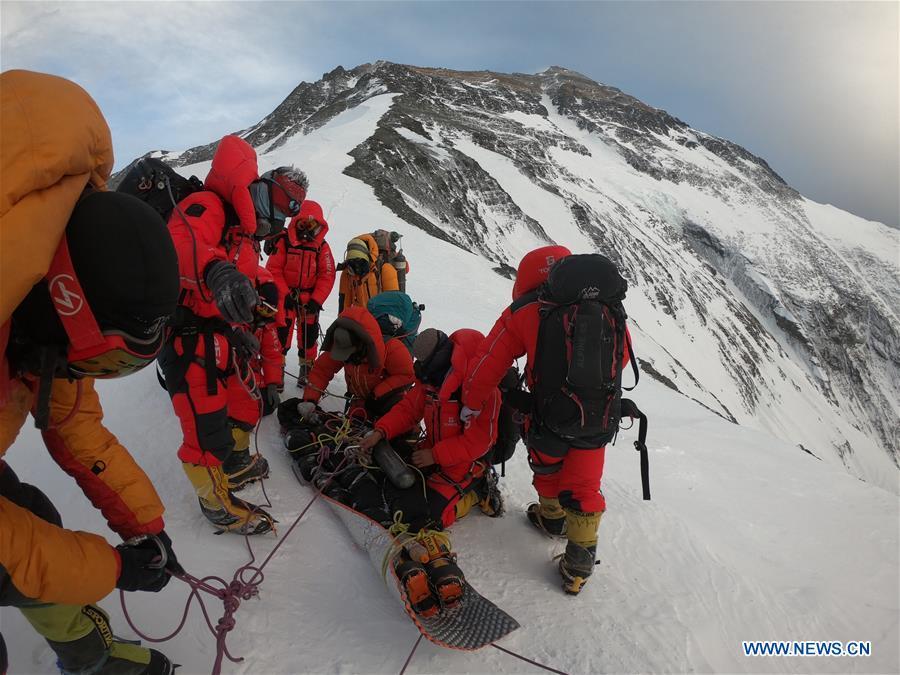 Chinese rescuers prepare to carry an Australian climber downhill at the north slope of the Mount Qomolangma, May 22, 2019. (Xinhua)

This climbing season for Mt. Qomolangma, or Mount Everest, has hit the headlines around the world for becoming the deadliest since 2015 with at least 11 people losing their lives.

The growing fatalities indicate the need for stricter regulations.

Photo taken on Sept. 6, 2017 shows the night scenery of a campsite on Mt. Qomolangma. (Xinhua/Tashi Tsering)

Photo taken on May 18, 2019 shows the scenery of Mount Qomolangma. (Xinhua/Jigme Dorje)

Climbers injured during the avalanche in Mount Qomolangma rest on a rescue plane, April 26, 2015. (Xinhua/Li Liang) 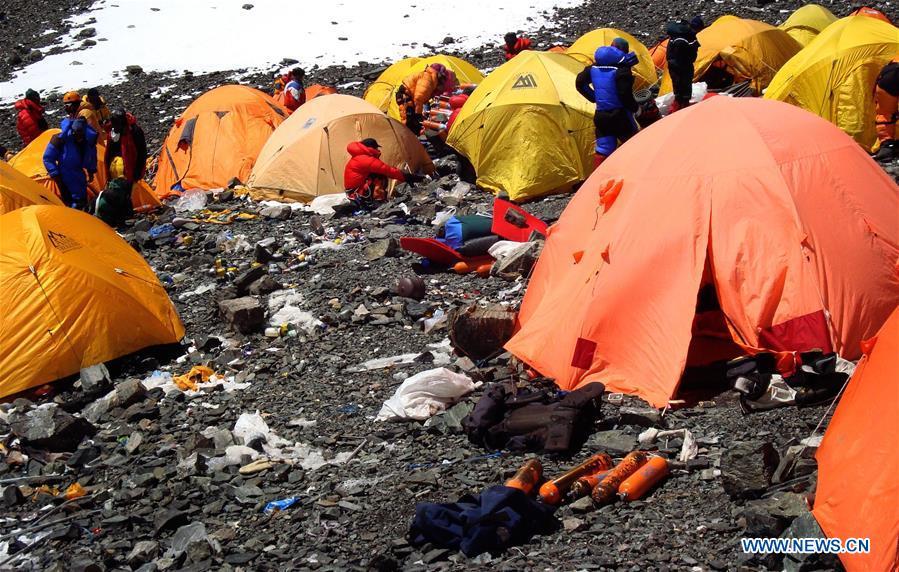 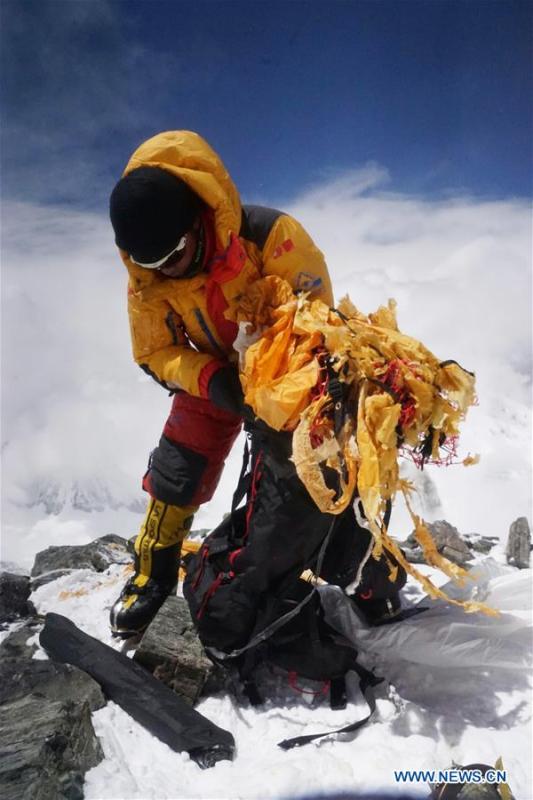