Tier 1 or below average? The truth about China's Internet speed

As the China Internet Conference 2018 comes to a conclusion. It seems to be a great time to talk again on China's Internet speed.

Seven in ten broadband users in China receive a speed faster than 50 megabits per second (Mbps), according to official data released by the event holder, the Internet Society of China (ISC).

An ISC staff member told CGTN that the full report is being released soon and the current data is accurate.

Based on this number, the Broadband Development Alliance has claimed that China is a Tier-1 country on Internet speed.

So how fast is that? 50Mbps can max out the best video quality available to a YouTube livestream, while 100Mbps means you can stream raw footage from a professional TV camera. 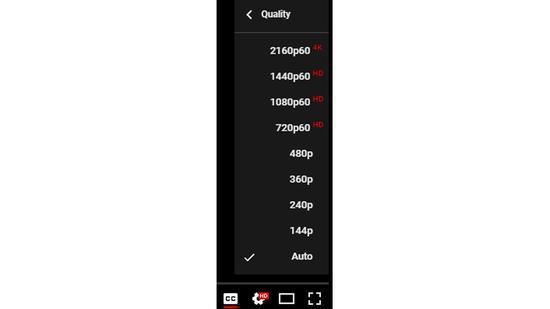 But not everyone believes in the official numbers. That's why we have third-party rankings on Internet speed across the globe.

British website cable.co.uk has recently released its 2018 version of "worldwide broadband speed league", in which China is ranked 141 among 200 countries and regions, with its "mean download speed" at 2.38Mbps.

This number means the users are tied to the lowest quality on YouTube. It's also not enough to watch most livestreams in China.

But wait, livestream is hot in China. A lot of people are watching videos just fine. So how come cable.co.uk's number contradicts with our daily observation?

Tencent Technology gave a possible answer back in November 2017 in a report on China's broadband connection. "The data they use is from western providers who do little to no business in China. They tend to show the speed when Chinese people access Facebook and Google, which most of us do not use at all."

Additional data on China's Internet speed is supplied by US cloud service Akamai, which said in Q1 2017 the number is 7.6Mbps, an OK speed for most of our daily actions online.

The largest number CGTN found is from speedtest.net, a service provided by US company Ookla, who recorded China's average broadband speed in June at 78.24Mbps, ranking 18th in the world.

Ookla says on its website that more than 20 billion speed tests have been done on their platform worldwide.

But Ookla's speed test is different as it counts download and upload speed separately. With that said, upload speed of the country was 30.09Mbps, ranking 38th in the world.

There is a lot of misinformation around broadband speed. Here are some tips that may help you understand the numbers better.

- When your Internet service provider (ISP) tells you that your speed is 100Mbps, the maximum speed you can get from the network is only 12.5MB/s because your browser or download software use a different unit to measure the speed.

- Upgrading from an Ethernet cable to optical fiber does not necessarily increase the speed. Your speed limit is usually set by your ISP instead of the technology you use. In this case, you may want to pay more for faster Internet.

- Another possible reason for a slow network is the server. Passing information is obviously a two-sided process. One side gets limited, then the whole speed goes down. Sometimes there's no problem on your side, it's the service provider that's limiting the speed to save cost.

- Some ISPs oversell their capacity like airlines. There may be 15 10Mbps accounts sharing a 100Mbps line. And when all of the accounts are working full speed, each of them can only get 8Mbps. This is bad, but it does exist.