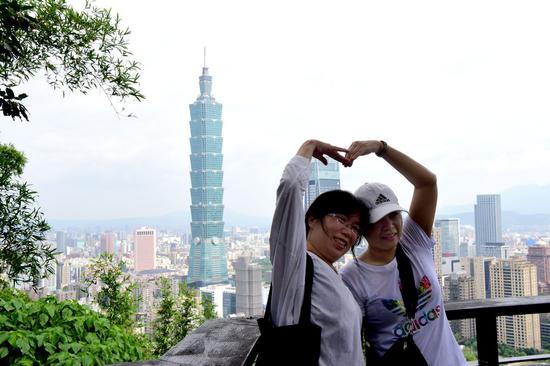 Taiwan is an inseparable part of China and the Taiwan question is China's internal affair, said Wu Qian, a spokesperson for the delegation of the People's Liberation Army and armed police force at the fourth session of the 13th National People's Congress, China's national legislature.

"We will show maximum sincerity and do our very utmost to promote peaceful reunification of China," Wu said. "But we will never tolerate any 'Taiwan independence' separatist forces attempting to split China."

"We do not renounce the use of force, and reserve the option of taking all necessary measures," he said. "This is to guard against external interference and a tiny number of separatists and their separatist activities for 'Taiwan independence'. It does in no way target our compatriots in Taiwan."

Stressing the complex and challenging situation in relations across the Taiwan Strait, Wu warned against the Democratic Progressive Party (DPP) authority's attempt to borrow strength from foreign forces and seek "Taiwan independence" by military means.

Such actions gravely undermine the common interests of the compatriots on both sides of the Taiwan Strait, as well as cross-Strait peace and stability. It's very dangerous and has no future, he said.

Safeguarding China's sovereignty and territorial integrity is the sacred duty of the People's Liberation Army, Wu said. "We always have the capability to perform the duty, and our determination is as strong as stone."