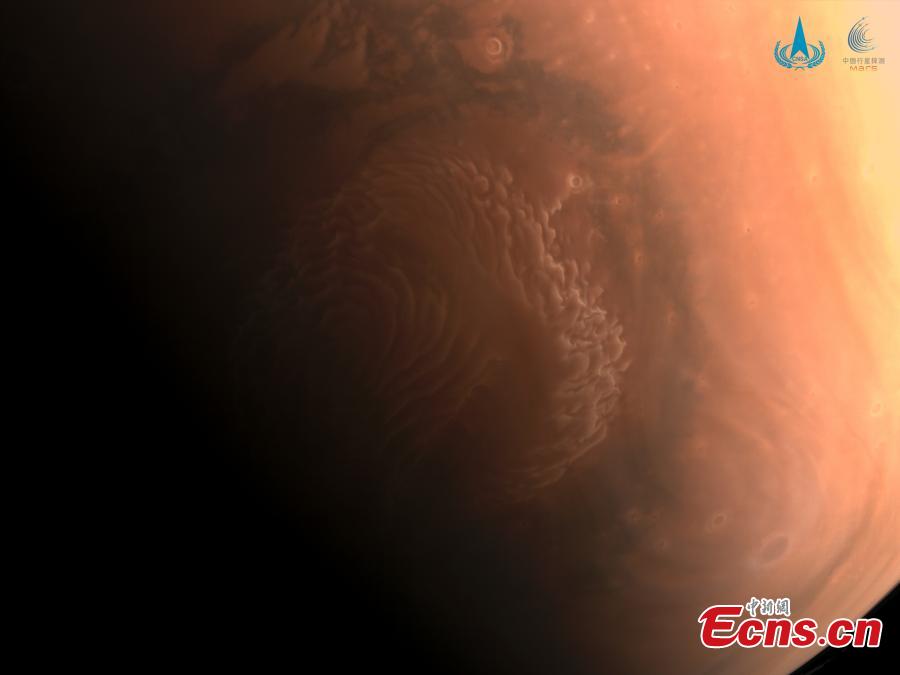 The color image is of the red planet's North Pole region taken by the medium-resolution camera.（Photo provided by CNSA）

The China National Space Administration made public on Thursday morning the first high-definition pictures of Mars taken by the nation's spacecraft.

The pictures - two black-and-white and one color - were shot recently by China's Tianwen 1 robotic probe when the spacecraft was travelling in Mars orbit, according to the administration. 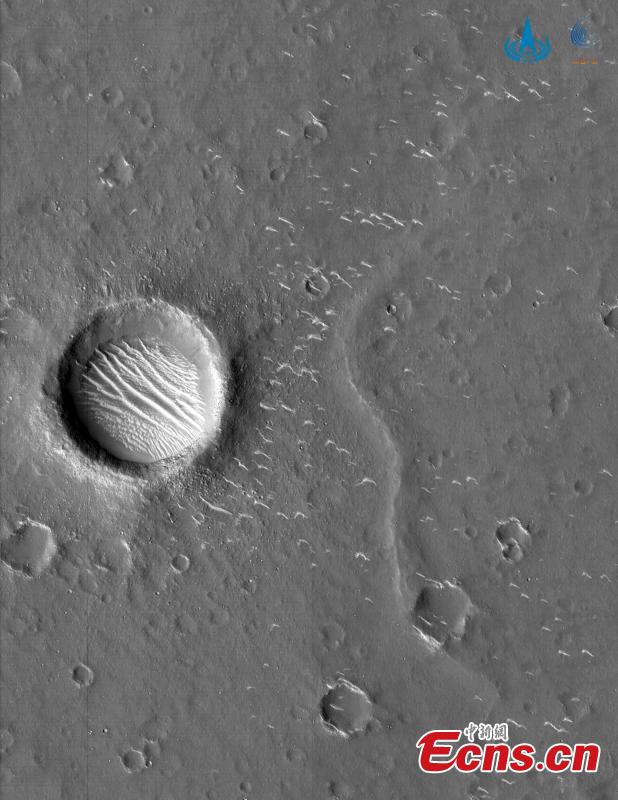 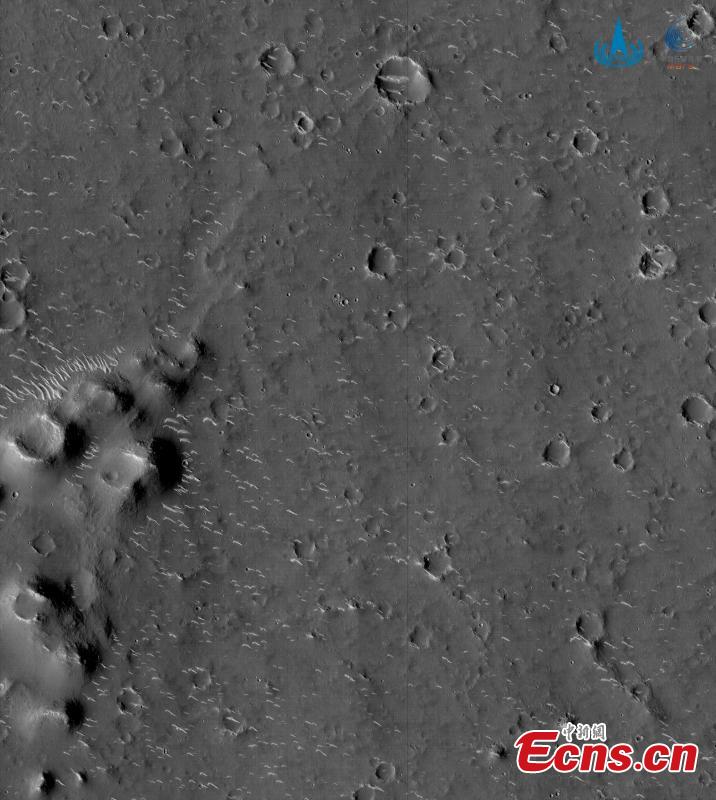