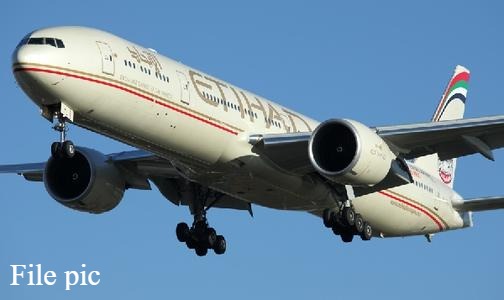 Etihad Airways flight, carrying aid to the Palestinians, landed in Israel on May 19, 2020. (file photo)

Israel Airports Authority confirmed in a statement that the cargo flight landed at the Ben Gurion Airport, the country's international airport outside Tel Aviv.

An official with the Israeli foreign ministry confirmed to Xinhua that the plane carried humanitarian aid to the Palestinians in the West Bank and Gaza Strip to help them fight the novel coronavirus outbreak.

The arrival of the flight was coordinated with the help of the United Nations' World Food Programme, according to the official.

WAM, UAE's state-owned news agency, reported that the flight delivered 14 tons of protective equipment, medical aid and ventilators "to curb the spread of COVID-19 pandemic and its impact in the occupied Palestinian territory."

The flight of Etihad, the flag carrier of the UAE, marks rare cooperation between Israel and the UAE, which have no official diplomatic ties.