Sessions to show way ahead 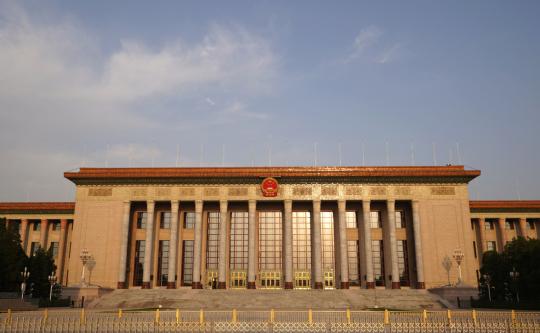 Photo taken on April 29, 2020 shows the Great Hall of the People in Beijing, capital of China. (Photo/Xinhua)

As global attention turns to Beijing with the start of China's two sessions on Thursday, experts said that the nation's biggest annual political event will indicate the direction of its socioeconomic development amid the COVID-19 pandemic and will inject confidence into the gloomy world economy.

Convening the two sessions this week shows that China has made major strategic achievements in fighting the contagion and its efforts to coordinate epidemic control and socioeconomic development have taken effect, said Xu Xiujun, a leading researcher at the Chinese Academy of Social Sciences' Institute of World Economics and Politics.

It also sends a message to the international community that China has strong resolve and confidence in prevailing over the epidemic and reviving its economy, Xu told China Daily.

The two sessions will see around 3,000 legislators gather in Beijing to discuss major laws and regulations as well as discuss and approve several key documents, including the Government Work Report and the national budget, along with more than 2,000 political advisers from the CPPCC.

This year's landmark political event is unusual because it takes place while the pandemic is raging globally. China also faces the risk of the epidemic resurging as it embarks on economic recovery.

The political event is also important as the country aims to secure the goals of building a moderately prosperous society in all respects and shaking off absolute poverty by the end of this year.