China urges U.S. to shoulder obligations to WHO, not shift blame 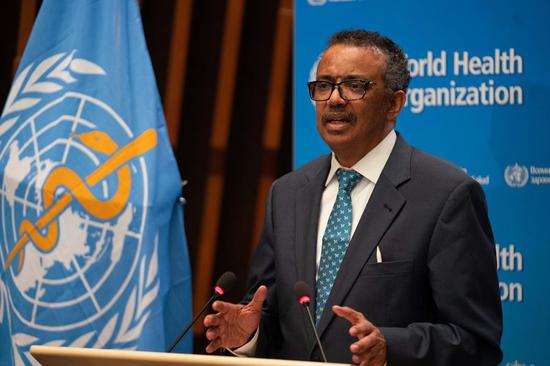 World Health Organization (WHO) Director-General Tedros Adhanom Ghebreyesus speaks at the 73rd World Health Assembly at the WHO headquarters in Geneva, Switzerland, May 18, 2020. (WHO/Handout via Xinhua)

China on Tuesday urged some politicians in the United States to stop shifting blame to others and cooperate with the international community to jointly defeat the COVID-19 pandemic.

Foreign Ministry spokesperson Zhao Lijian made the remarks at a press conference when he was asked to comment on a letter published on Twitter by U.S. President Donald Trump.

In a letter to the Director-General the World Health Organization (WHO) Tedros Adhanom Ghebreyesus, a copy of which was published by Trump on Twitter Monday, the president threatened that the United States will permanently cut off its funding to WHO if the latter does not commit to what he called "substantive improvements within the next 30 days."

"China has chronologically expounded our work of prevention and control of the novel coronavirus disease many times," said Zhao, adding that the WHO has also clarified the mistakes in the U.S. accusation.

He said the U.S. leader's letter is an attempt to mislead the public vaguely and to smear China, as well as shirking its own responsibility. This is nothing but a futile attempt, he added. 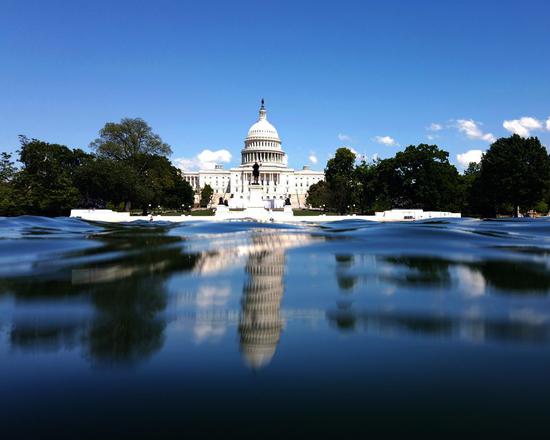 Photo taken on May 15, 2020 shows the U.S. Capitol building in Washington D.C., the United States.(Xinhua/Liu Jie)

As COVID-19 is still spreading in the United States and other parts of the world, unity and cooperation, saving lives and economic recovery remain the most pressing tasks, Zhao said.

The U.S. decision to freeze its funding to the WHO according to its own will is a practice of unilateralism and violation of its international obligation, Zhao said.

China calls on the international community to increase political support and funding for the WHO, and coordinate global resources to win the battle against the pandemic, said Zhao, adding that the U.S. attempt to use China as an excuse to shirk its international obligations to the WHO is barking up the wrong tree.