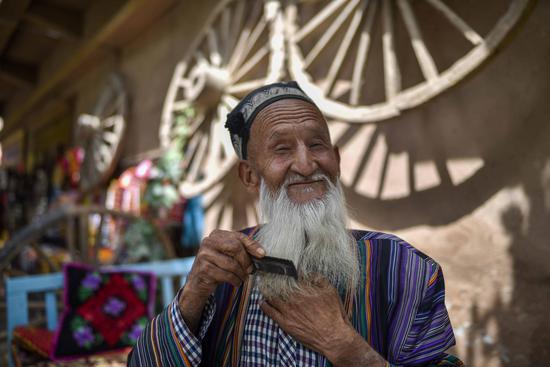 More than 2.38 million people in Xinjiang Uygur Autonomous Region have been lifted out of poverty since 2014, and the people in Xinjiang are now enjoying a growing sense of fulfillment, happiness and security, a regional official said Monday.

The poverty headcount ratio in Xinjiang dropped from 22.84 percent at the beginning of 2014 to 6.51 percent, said Shohrat Zakir, chairman of the regional government, at a press conference in Beijing.

The regional government was dedicated to promoting employment, education and medical services to improve people's benefits, with over 70 percent of the general public budget expenditure spent on ensuring and improving people's wellbeing, he said.

The employment services have been boosted for college graduates, urban and rural residents alike, while people are also encouraged to start their own businesses, he added.

On education, the financial subsidies for students from poor families have been increased to ensure their access to the nine-year compulsory education which covers primary school and junior high school. In southern Xinjiang, all the students have access to three-year preschool education all the way to senior high school, the official said.

On housing, subsidized houses were built for 212,700 rural families in this year alone, with renovation started for 154,900 sub-standard urban homes, he added.