How will BRICS' tech-focussed partnership benefit its members? 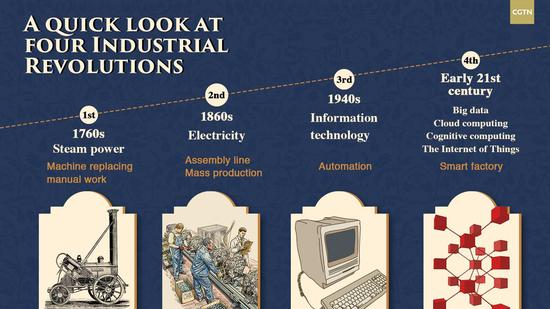 Known as the Partnership on the New Industrial Revolution (PartNIR), the initiative aims to deepen BRICS cooperation in the fields of digitalization, industrialization and innovation. PartNIR aims to address the challenges and maximize the opportunities arising from the Fourth Industrial Revolution, according an announcement on the agreement.

Why does it matter?

Unlike the first three industrial revolutions, which were driven by a specific breakthrough or discovery, the fourth is based on "combinations of technologies," Klaus Schwab, founder of the World Economic Forum, pointed out in an essay in 2016.

The 4th Industrial Revolution has drastically changed almost every sector by blurring industry barriers, breaking down original working patterns and disrupting the division of labor. The rise of artificial intelligence, the Internet of Things, 3D printing, blockchain and biotechnologies such as genetic engineering have posed new threats to human beings.

"In order to be more agile and adaptive to new changes in the whole ecosystem, every country in the world has to think ahead of the coming challenges, deepen foresight and critical understanding of the impact of digitalization and emerging technologies through knowledge sharing," David Sangokoya, project lead for Society and Innovation at the World Economic Forum, wrote in 2017. 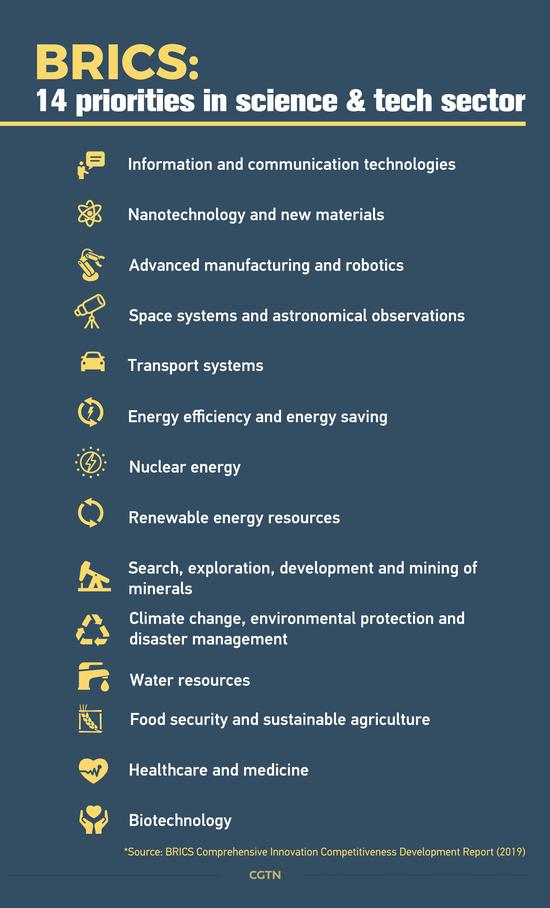 How will the partnership benefit BRICS countries?

According to the Johannesburg declaration, PartNIR promises to build high-tech hubs and startup incubators where entrepreneurs can grow their business by attracting investment from venture capital firms. The intention is for inexperienced business founders to make quick progress by getting professional help. Technological cooperation will be based on each country's expertise.

A BRICS report published ahead of this year's summit points out 14 priorities in science and technology among the five member countries. These include information and communication technology, nanotechnology, clean energy, biotechnology and space technology.

"The selection criteria is based on the calculation of results like general expenditure of research and development (GERD) and the amount of peer-review papers," Huang Maoxing, one of the chief editors of the report told CGTN.

In 2014, China's GERD exceeded that of the 28 European Union countries combined, reaching 496 billion U.S. dollars in 2017. The country's investment in research and development increased 15-fold from 2000 to 2017. By contrast, Russia's spending quadrupled in the same time period while South Africa's remained almost the same. 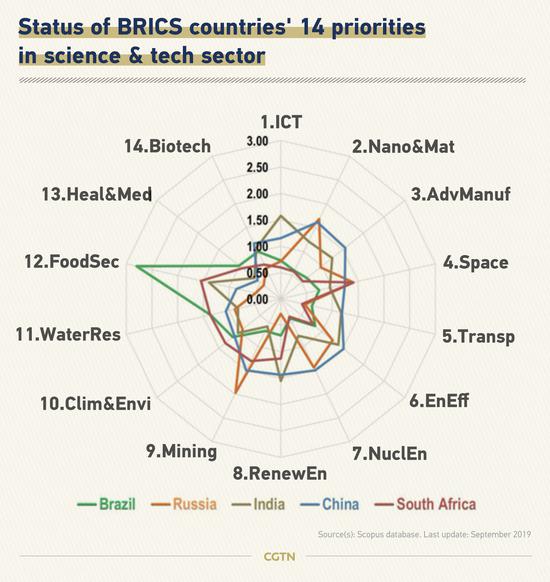 The report also explains the status quo of each BRICS member in the 14 selected fields. China's expertise lies in material science and nanotechnology. Russia specializes in astronomy and energy exploration; India is known for its IT sector, while Brazil can take advantage of its research in agriculture and biology. South Africa's focus is slightly different from its peers, instead honing in on social and human sciences.

"Differences in the expertise of BRICS countries can be seen as possible connection points to establish stronger partnerships (and) deal with growing global challenges," the report said. "They can make the best of each other's advantages."

"Unlike previous years' BRICS summits, which highlighted the trade and economic cooperation, this year's theme of technological innovation demonstrates the Brazilian government's ambition to empower industries with technologies," said Zhou Zhiwei, researcher at the Chinese Academy of Social Sciences and Institute of Latin American Studies.