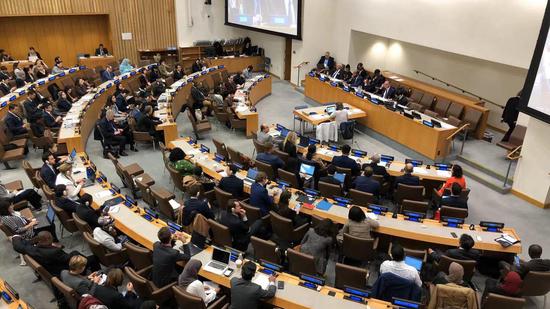 Chinese ambassador to the United Nations Zhang Jun on Tuesday told U.S. and other Western countries to stop interfering in China's domestic affairs, after they accused China of detaining people of Uygur ethnic group in Xinjiang.

The U.S., Britain and 21 other states criticized China at a UN meeting for setting up vocational centers in Xinjiang, saying local governments were detaining people from the ethnic group.

In response to the "groundless accusations," Zhang said the vocational centers are preventive counter-terrorism and de-extremism measures adopted by local governments. It is not a human rights issue nor does it have anything to do with racial discrimination, Zhang said.

The U.S. and other Western countries should stop meddling with China's internal affairs, he added.

Zhang's remarks were jointly defended by over 30 countries. Diplomats from countries including Russia, Pakistan, Cambodia, Vietnam, Ethiopia and Cuba all hailed China's remarkable record in promoting human rights and voiced their support on China's Xinjiang policy.