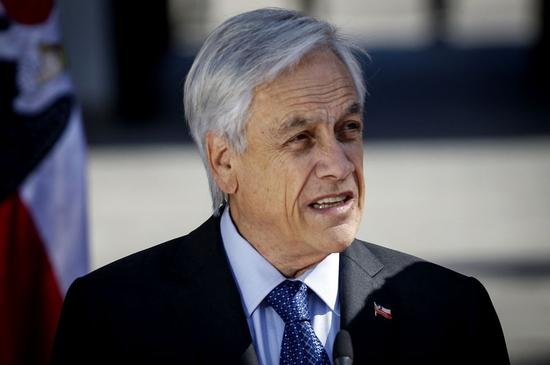 Chilean President Sebastian Pinera on Saturday asked all of his ministers to resign as a measure to respond to social demands after a week of street protests.

"I asked all ministers to resign in order to structure a new cabinet, to be able to respond to these new demands and to the future," Pinera told reporters at the presidential palace.

He said his government "has heard the people's message. We all have changed. Now we have to combine forces to give real, urgent and responsible solutions to those social demands."

More than 1 million people took to the streets of Santiago on Friday after a week of demonstrations against small pensions, low quality of the educational and health systems, and the high cost of basic services, among other things.

The Chilean military said the nighttime curfew would be lifted on Saturday in the Santiago Metropolitan Region and Los Rios Region and the normality has been restored in the regions.