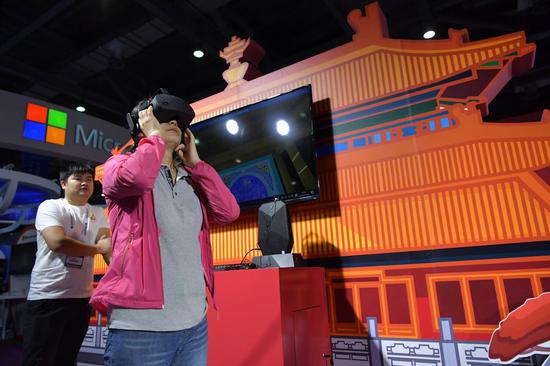 Chinese Vice Premier Liu He on Saturday called for efforts to promote the sound development of the VR industry.

Currently, the new round of scientific and technological revolution represented by digital technology and life science are progressing rapidly with each passing day, with the VR industry being one of the most dynamic sectors, Liu said when addressing the opening ceremony of the 2019 World Conference on VR Industry in Nanchang, east China.

The sound fundamentals of the Chinese economy have not changed and China is fully confident and capable of realizing macro-economic growth target with vigorous micro foundations, resilient and huge wiggle room, as well as abundant macro policy tools, according to Liu.

He noted that China and the United States have achieved substantial progress in the latest economic and trade consultations, building a key foundation for signing a phased agreement.

He said that preventing the trade war from escalating is beneficial to China, the United States and the world at large, which is a shared expectation of producers and consumers.