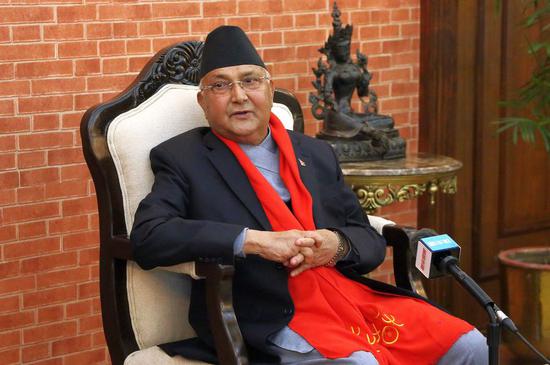 Chinese President Xi Jinping's upcoming visit to Nepal will be a historic one that will lift Nepal-China ties to a new level, Nepali Prime Minister K.P. Sharma Oli said Friday.

Nepal and China enjoy a long-standing friendship, Oli told Xinhua in a recent interview. "After the establishment of diplomatic relations in 1955, our friendly ties are continuously getting stronger."

"We two countries are good neighbors, and we are good friends, good brothers and good sisters as well," said the prime minister. "We have very good friendship and mutual trust."

Xi's state visit to Nepal, the first by a Chinese president in 23 years, will be one with a "new meaning," which provides an opportunity to enhance the political, economic, social and cultural ties between the two countries, Oli said.

The visit will not only be good for maintaining peace and stability in South Asia, but also contribute to neighborly friendship, mutual understanding and economic development in the entire Asian region, he said.

Hailing China's achievements in national construction and socioeconomic development, Oli said that with the rapid development of the Chinese economy, China has become the second largest economy in the world, and its achievements in poverty reduction provide a good model for the entire world.

China is playing an increasingly bigger role globally in safeguarding peace, equality and justice, he added. 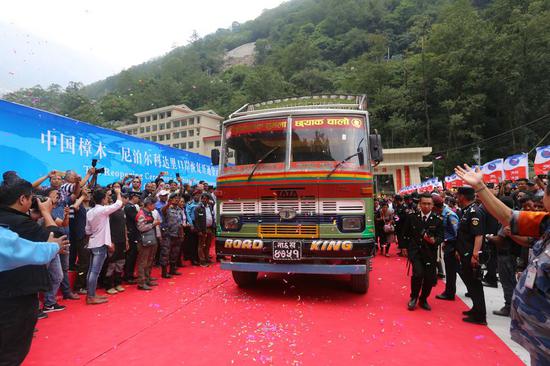 A truck goes past the Friendship Bridge that connects Nyalam County of China's Tibet Autonomous Region and the Sindhupalchowk district of Nepal on May 29, 2019. (Xinhua/Zhou Shengping)

"We are concentrating ourselves on economic development through the Belt and Road Initiative and other bilateral projects," Oli said, adding that he hopes the two countries will strengthen cooperation in such areas as roads, railways and aviation, and further explore cooperation in new areas to boost interconnectivity.

Oli also thanked China for its assistance to Nepal after the South Asian country was hit by a massive earthquake in 2015.

"China was the largest supporter to us," he said, adding that China provided not only disaster relief supplies, but also support for post-disaster reconstruction.