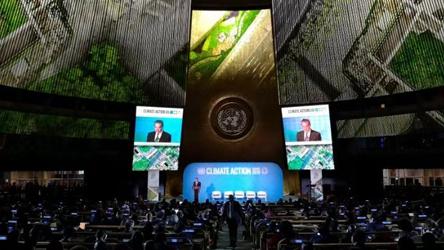 Chinese Foreign Minister Wang Yi called at the United Nations Climate Summit on Monday for world leaders to honor their Paris Agreement commitments and work together to tackle climate change.

"To jointly tackle this challenge and to protect the planet we all call home will be a journey critical to the future and destiny of mankind," Wang said.

He asked delegates to work for positive outcomes at the climate summit.

He also indicated that U.S. President Donald Trump's withdrawal from the Paris Agreement should not deter other countries.

"The withdrawal of certain parties will not shake the collective will of the international community, nor will it possibly reverse the historical trend of international cooperation," Wang said.

"As a responsible member of the international community, China will honor its word with real actions and make new strides in addressing climate change," he said.

In 2018, China's carbon dioxide emissions per unit of GDP fell by 45.8 percent from 2005, exceeding the target set for the year, he remarked.

Since 2000, China contributed a quarter of the world's newly forested land.

In 2018, China's new energy vehicles increased by 1.25 million units, a figure that far exceeds other countries. 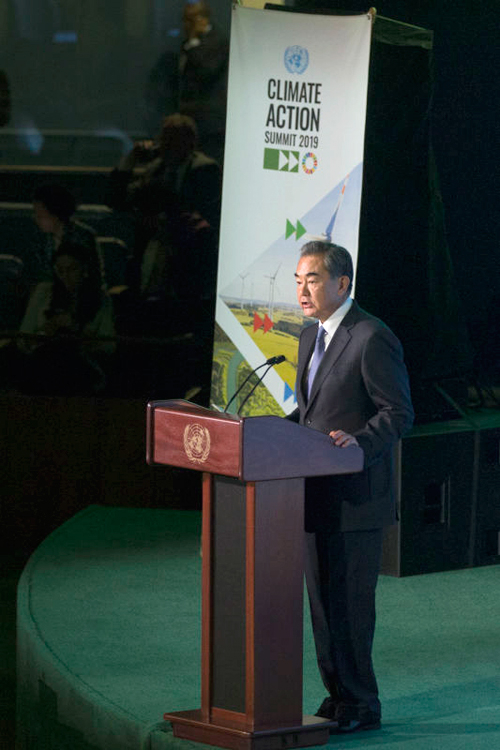 China promotes harmonious coexistence between man and nature." We should respect nature, follow its ways, and protect it," said Wang.

The country has also incorporated sustainable use of natural resources into its policy framework and actions to address climate change.

The country has put forward more than 150 initiatives covering multiple fields including forestry, agriculture, ocean, water resources, and whole ecosystem, in order to realize the mitigation potential of natural systems to reduce 10 to 12 billion tons of carbon dioxide per year.

Over 30 case studies on areas like forest carbon sinks, biodiversity conservation, and desertification control have been compiled, to better implement the United Nations 2030 Agenda for Sustainable Development.