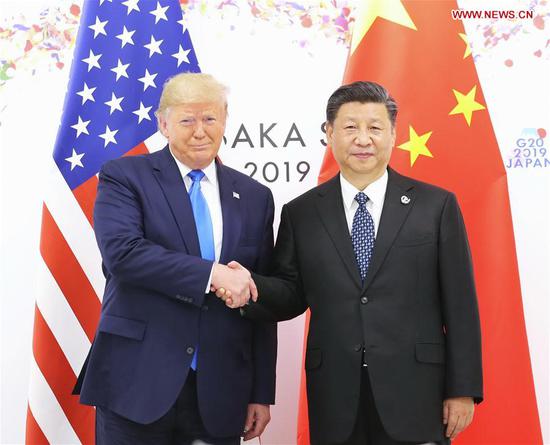 Chinese President Xi Jinping and his U.S. counterpart, Donald Trump, agreed in Osaka on Saturday to restart economic and trade consultations between their countries on the basis of equality and mutual respect.

The U.S. side said it will not add new tariffs on Chinese exports. The two countries' economic and trade negotiating teams will discuss specific issues.

The two leaders met on the sidelines of a summit of the Group of 20 major economies in the Japanese city of Osaka.

At the beginning of their meeting, Xi said that despite the great changes that have taken place in the international situation and China-U.S. relations during the past 40 years, "one basic fact remains unchanged: China and the United States both benefit from cooperation and lose in confrontation."

"Cooperation and dialogue are better than friction and confrontation," Xi told Trump.