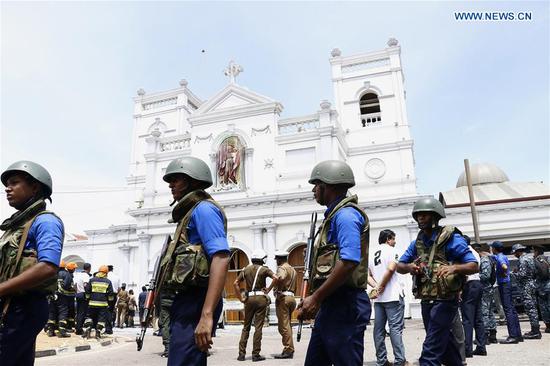 China will continue to closely monitor the developments in Sri Lanka and coordinate with relevant departments to ensure the safety of Chinese institutions and nationals, said Geng Shuang, a spokesperson for the Chinese Foreign Ministry, on Monday during a regular press conference.

A series of blasts rocked Sri Lanka on Sunday during the Easter mass, killing over 290 people and injuring 500 others.

Soon after the blasts the Chinese Embassy in Sri Lanka activated the emergency response mechanism, verified Chinese casualties, and spared no efforts in the rescue of missing people, Geng said.

On Sunday, Chinese President Xi Jinping sent a message of condolence to his Sri Lankan counterpart Maithripala Sirisena over the loss. In his letter, Xi mourned the dead and expressed heartfelt sympathies to the bereaved families of the victims.