Zhao Chuang, 34, is a Beijing-based science artist who is mainly engaged in creating images of creatures such as dinosaurs. It is a work combining science and art.

In order to make the dinosaur image as authentic as possible, Zhao had to study paleobiology and even participate in the excavation of dinosaur fossils. 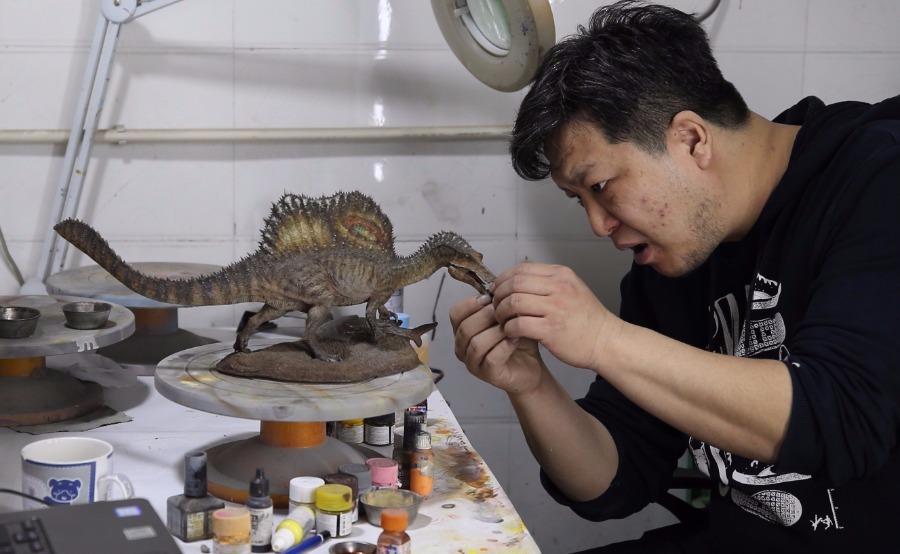 In 2006 when he was still in college, Zhao's drawing Restoration of Volaticotherium for a research piece was published as the cover of the British Nature magazine.

It was the first time that a Chinese artwork was chosen for the cover of the magazine.

After the publication of the picture on the magazine cover, Zhao won wide recognition from the paleontology community at home and abroad and has become a well-known science artist. 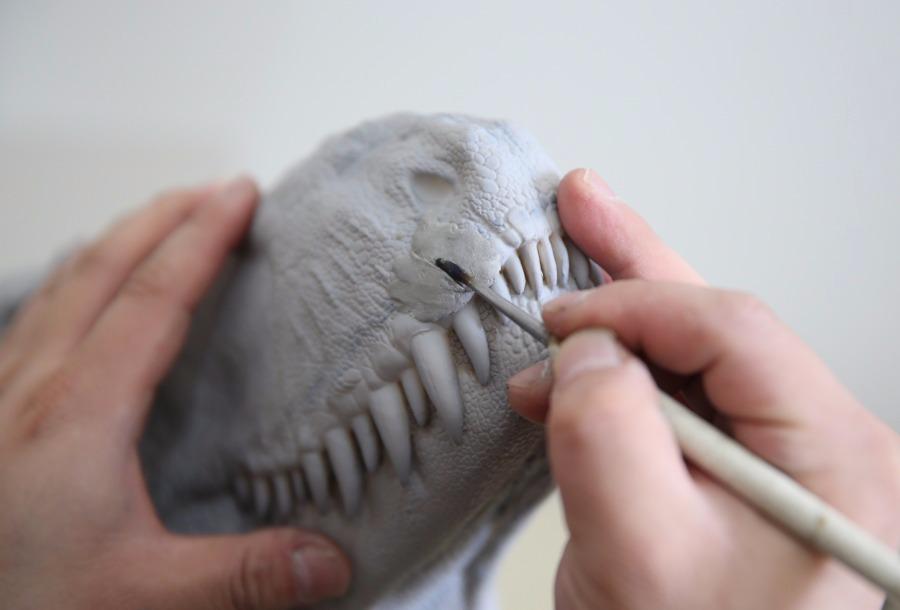 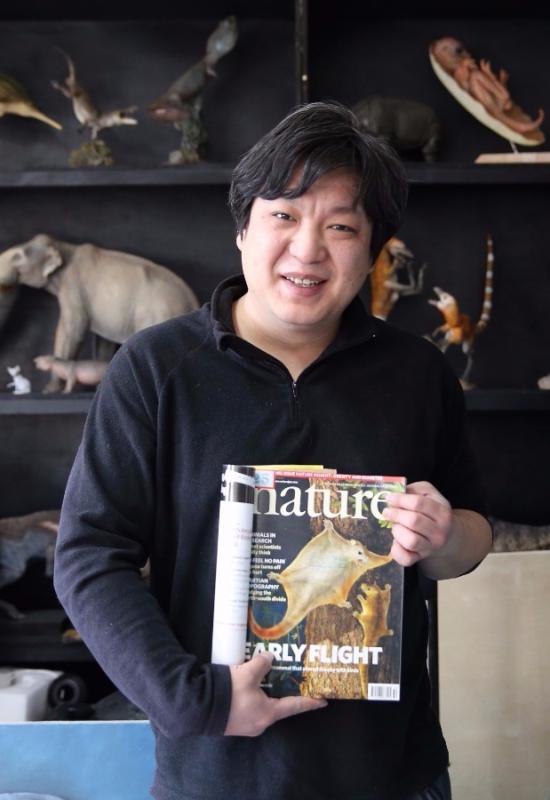 Zhao Chuang's drawing Restoration of Volaticotherium as the cover of the British Nature magazine. (Photo/China Daily)

He works with scientists from the American Museum of Natural History and the Chinese Academy of Sciences to provide scientific and artistic support for their research projects.

As of now, Zhao has completed work on more than 1,000 ancient fossil bio-images and the 3D biological images of hundreds of paleontological fossils based on the latest research results of the scientific community.

In addition, Zhao and writer Yang Yang are the founders of the PNSO, an organization devoted to the research and creation of scientific art in Beijing. They compile dinosaur-themed science books, design and make dinosaur model toys, and let people feel connected with the fossils. 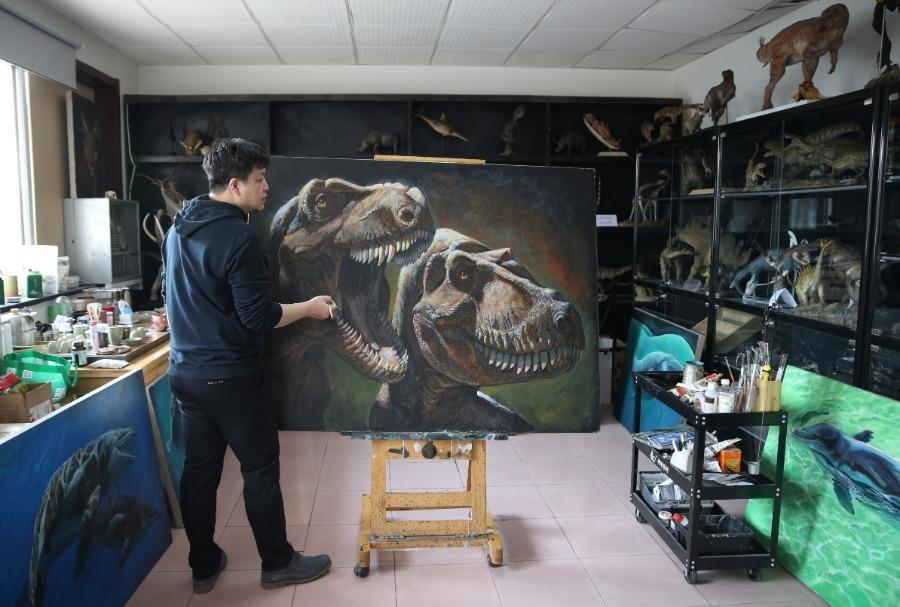 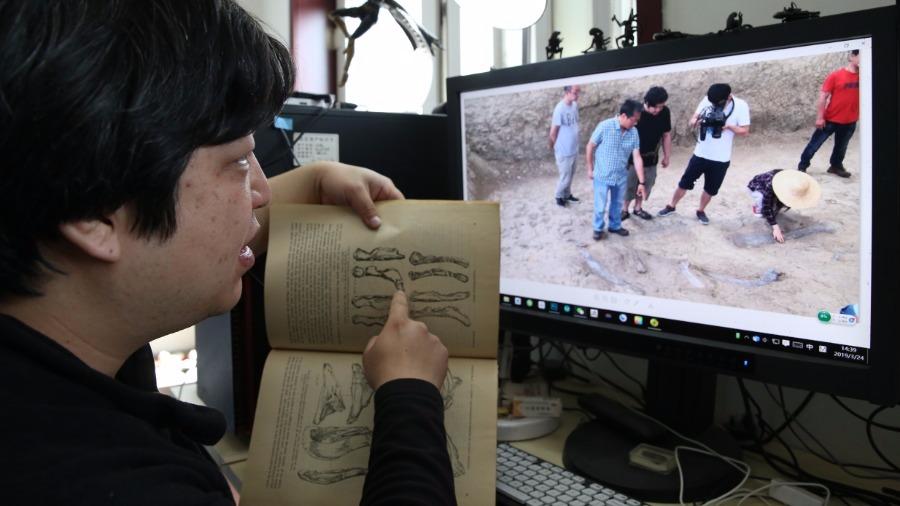 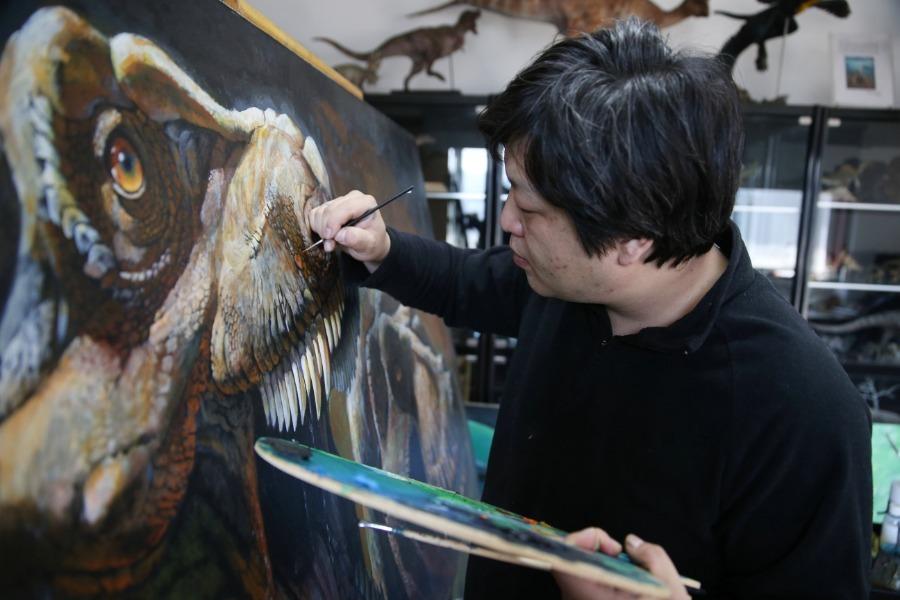