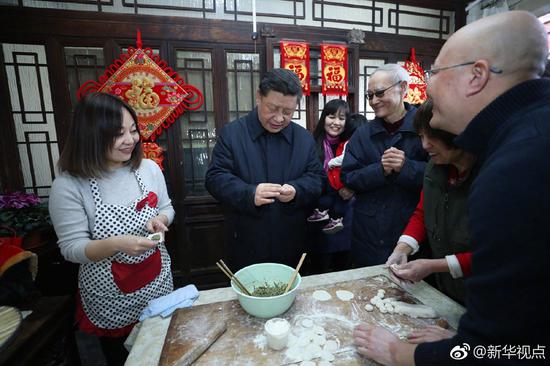 Chinese President Xi Jinping extended Spring Festival greetings to officials and residents at the grassroots level during an inspection tour in Beijing on Friday.

He also visited a community in downtown Beijing and made dumplings with the residents.

The Spring Festival, or the Chinese Lunar New Year, falls on February 5 this year.