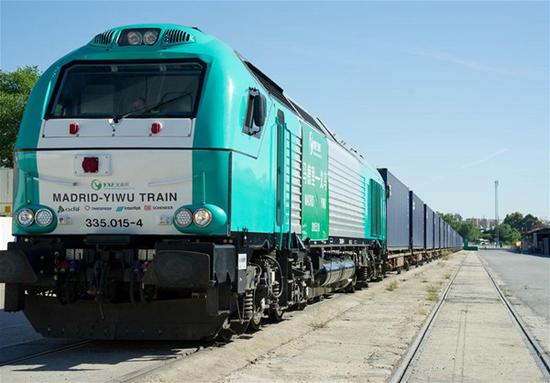 Chinese President Xi Jinping will pay state visits to Spain, Argentina, Panama and Portugal from Nov. 27 to Dec. 5, and attend the 13th Group of 20 (G20) summit from Nov. 30 to Dec. 1 in Buenos Aires, Argentina.

With increasing instability and uncertainty on the global horizon, Xi will reaffirm China's commitment to opening-up, cooperation and common development with all partners.

China established frequent trade contacts with Spain and Portugal along the maritime Silk Road centuries ago. Now they are friends and partners of China in Europe.

China's cooperation with the two countries has withstood the European debt crisis and is now strengthened by the joint construction of the Belt and Road (B&R) and the defense of multilateralism together.

Spain is among the first EU countries to establish a comprehensive strategic partnership with China. It is presently China's sixth largest EU trade partner and China is its largest non-EU trade partner.

Spain looks forward to Xi's visit and hopes it can be an opportunity to further explore the potential of bilateral cooperation, said Spanish Foreign Minister Josep Borrell.

China-Portugal cooperation has been enriched since the establishment of a comprehensive strategic partnership in 2005. Investment of Chinese companies in the southwestern European country grew rapidly in recent years, making Portugal a major EU destination for Chinese capital.

Promoting collaboration with southern European countries like Spain and Portugal can assist China in fostering a more comprehensive and dynamic cooperation with Europe, said Cui Hongjian, head of the Department for European Studies at the China Institute of International Studies.

Chilean cherries, Peruvian avocados, Mexico beer and Argentinean beef ... those delicacies have traveled across the ocean and appeared at Chinese people's dining tables. What used to be "rarities" for Chinese customers is now an epitome of the growing win-win cooperation between China and Latin American countries in recent years.

Argentina welcomes Xi's visit and "everything is possible in the cooperation with China," said Argentine Foreign Affairs Minister Jorge Faurie.

China and Panama established diplomatic ties in June 2017. Since then, the two sides have seen great improvement in bilateral relations including signing a memorandum of understanding to promote the B&R Initiative, beginning negotiations on a free trade agreement and launching a direct flight between Panama City and Beijing.

Xi's visit is of epoch-making significance and China's international status is very important, said Oyden Ortega, president of the Panamanian Association of Friendship with China.

It will be the fourth time for Xi to visit Latin America. "The rapid development of bilateral relations has a great deal to do with the leaders. I believe Xi's visit this time will ignite a 'China fever' and lift China-Latin America relations to a new level," said Wu Hongying, director of the LatAm office of the China Institutes of Contemporary International Relations.

With economic globalization suffering setbacks and multilateralism and free trade under assault, this year's G20 summit under the theme of "Building Consensus for Fair and Sustainable Development" attracts worldwide attention.

The summit will focus on issues like global economy, trade and investment, sustainable development, infrastructure and climate change. Argentine President Mauricio Macri said previously that while holding the G20 presidency, Argentina will continue the consensus and results achieved at the 2016 G20 Summit held in the Chinese city of Hangzhou.

In the just concluded 26th Asia-Pacific Economic Cooperation (APEC) Economic Leaders' Meeting, the strong messages Xi sent out resonated among APEC leaders and were widely believed to have infused a dose of confidence and certainty into international relations and global development.

In the upcoming G20 summit, China will reaffirm its commitment to opening-up and multilateralism, and continue to build broader international consensus on promoting win-win cooperation and common development.

Xi is scheduled to meet other G20 leaders during the summit, including his U.S. counterpart Donald Trump. The meeting between the heads of state of the world's two largest economies is of great significance.

Healthy and stable development of China-U.S. relations not only benefits the two countries, but is of the utmost importance for global peace and prosperity.

Xi and Trump agreed during their telephone conversation on Nov. 1 to meet with each other during the upcoming G20 summit. Since then, the two sides have seen frequent interactions and sent a positive message of increasing mutual understanding and cooperation in the second China-U.S. Diplomatic and Security Dialogue in Washington earlier this month.

Tao Wenzhao, a senior research fellow of the Institute of American Studies at the Chinese Academy of Social Sciences, said the planned meeting will send a positive signal that both China and the United States have the willingness to cooperate despite the current frictions.

"They should bring the positive energy of the two sides into full play, while keeping the negative elements in control," he said.