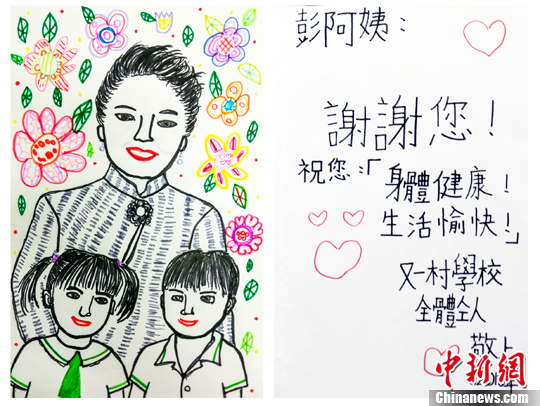 Peng Liyuan, the wife of President Xi Jinping, encouraged students of the Hong Kong Special Administrative Region to contribute to a bright future for Hong Kong.

Peng offered the encouragement in a letter to three students from Yau Yat Chuen School in Kowloon Tong, after they wrote a letter to her and sent her a painting of her with two students last month.

Peng’s letter was forwarded on Monday to the three students by the HKSAR Chief Executive Carrie Lam Cheng Yuet-ngor at the Hong Kong Government House.

Peng visited the school in June of last year, while joining Xi on his three-day inspection visit to Hong Kong, marking the 20th anniversary of the special administrative region’s return to the motherland. Peng said in her letter that the meeting with students, and their smiling faces, were precious memories to her.

She also mentioned that she would cherish the Chinese paper fan she received as a souvenir from the school during the visit.

The fan, painted by the kindergarten pupils, was decorated with hand-painted pandas.