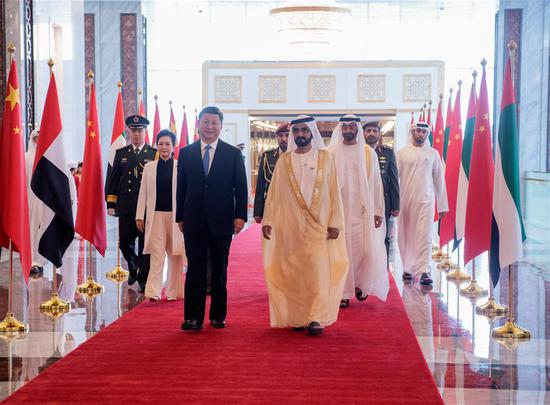 Chinese President Xi Jinping, who is paying a state visit to the United Arab Emirates (UAE), attended a grand welcome ceremony held here by the country's leadership on Friday.

The Chinese president was greeted by horse guards and a UAE Air Force aerobatic display team. A 21-gun salute was also fired when Xi arrived at the palace.

The national anthems of both countries were played and Xi, accompanied by the Crown Prince, reviewed a guard of honor.

Xi kicked off his state visit to the UAE on Thursday, the first by a Chinese head of state in 29 years to the Arab state.