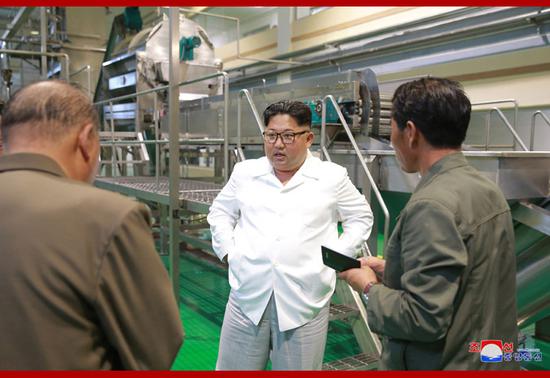 Kim said a model city with a modern civilization in the mountains should be developed as part of the construction in Samjiyon County, which is divided into areas of education, houses, modern streets, industry, sports and cultural education, commercial services and tourism.

The DPRK leader announced the country would move on from developing a nuclear arsenal to prioritizing socialist economic construction when he was addressing party members in April.