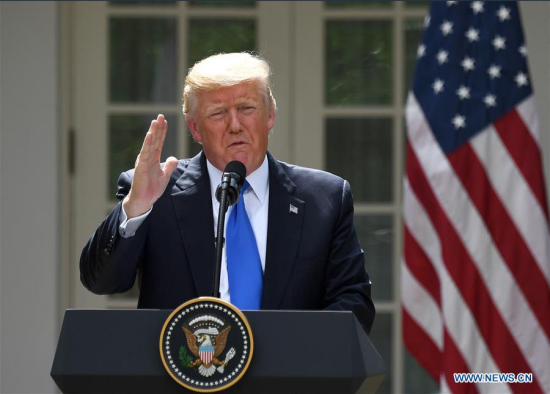 The U.S. Supreme Court refused on Monday to take up the Trump administration's appeal of a lower court ruling that requires it to continue a program that protects hundreds of thousands of young immigrants from deportation.

"The petition for a writ of certiorari before judgment is denied without prejudice," said a court filing. "It is assumed that the Court of Appeals will proceed expeditiously to decide this case" on the Obama-era Deferred Action for Childhood Arrivals program, or DACA.

In an unusual move, the Trump administration has asked the Supreme Court to intervene in the case before a federal appeals court had ruled.

While protections for the "Dreamers" were due to start phasing out in March, Congress has so far failed to pass legislation to address their fates.

The injunctions are due to be heard by federal appeals courts but the process could take months or years, prompting the Trump administration's move to take it directly to the Supreme Court, which rarely accepts appeals asking them to bypass the lower courts.

Following the court's decision, Trump told a White House meeting that "We'd like to help DACA" and criticized the lower court.

The White House issued a statement accusing the district judge in the case of having "unwisely interviewed in the legislative process" by acting while Congress in debating the policy.

House Minority Leader Nancy Pelosi said in a statement that the Supreme Court's action shows that "rescinding DACA was not only legally questionable, but also unjust and cruel."

DACA, established by former U.S. President Barack Obama in 2012, was an immigration policy that allowed some individuals who entered the United States as minors, mostly illegally, to receive a renewable two-year period of deferred action from deportation and to be eligible for a work permit.