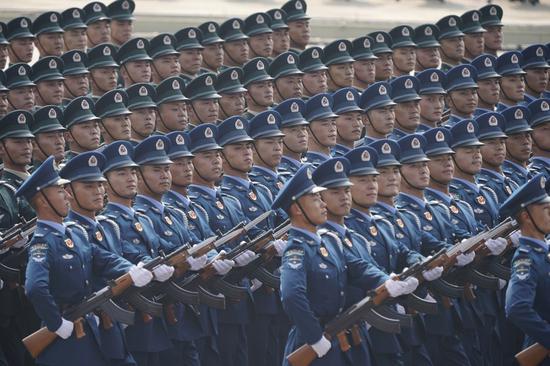 A formation of reserve forces takes part in a grand military parade celebrating the 70th founding anniversary of the People's Republic of China (PRC) in Beijing, capital of China, Oct. 1, 2019. (Xinhua/Xing Guangli)

China's reserve military forces will be brought under the centralized and unified command of the Communist Party of China (CPC) Central Committee and the Central Military Commission starting from July 1, according to a decision issued by the CPC Central Committee.

Currently, the reserve forces are under the dual leadership of military organs and local Party committees.

Noting that reserve forces are an important part of the Chinese People's Liberation Army, the decision, which was made public on Sunday, said the adjustment in the leadership structure is aimed at upholding the CPC's absolute leadership over the army and building a strong military in the new era.

It calls on relevant military and civilian units to take active and coordinated measures to implement the changes to the leadership structure.