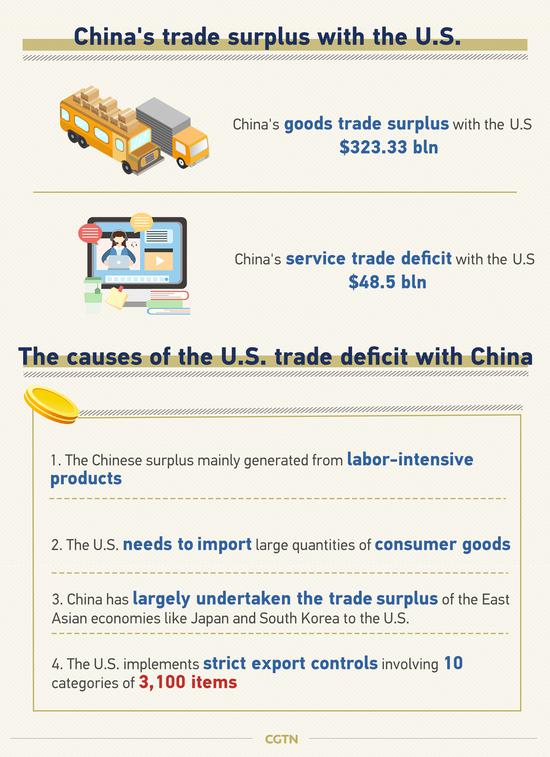 China-U.S. trade has been mutually beneficial, and the United States has reaped substantial benefits from bilateral economic and trade cooperation, China's Ministry of Commerce said Thursday in a research report.

Meanwhile, Chinese investment to the U.S. amounted to 156 billion U.S. dollars by the end of 2017, and China held nearly 1.2 trillion dollars of U.S. debt.

The U.S. cites a 500-billion-U.S.-dollar trade deficit with China, using it as one of the arguments to support its conclusion that China is taking advantage of it.

But the two countries' trade numbers are very different.

The differences are partly due to different accounting systems. Experts also point out that 53 percent of China's goods exported to the U.S. were in the processing trade, so intermediate goods were not directly from China. This means including them as part of China's exports would be inaccurate. 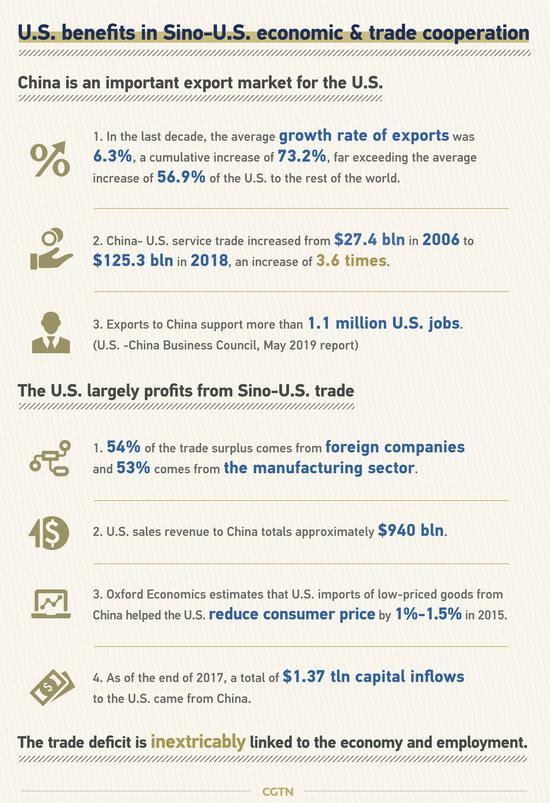