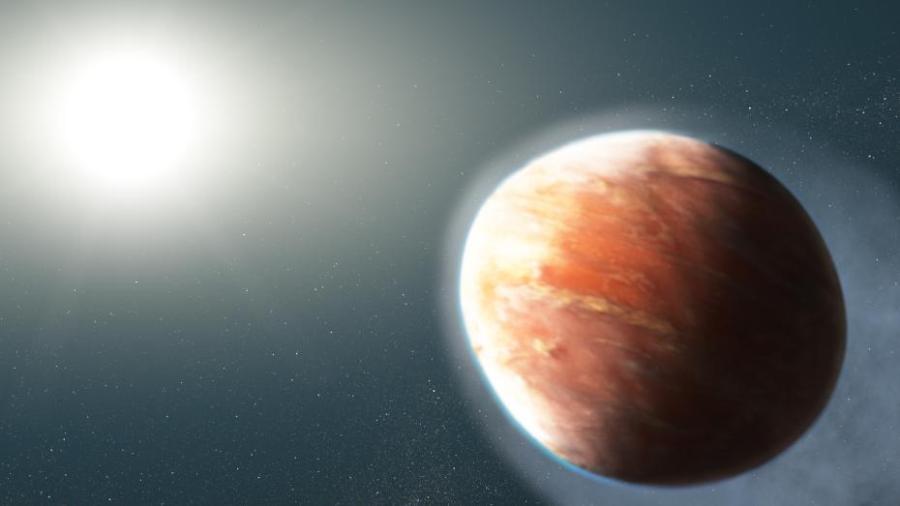 Using NASA's Hubble Telescope, researchers have discovered a football-shaped exoplanet 900 light-years from Earth that is being described as "hotter than hot." Known as WASP-121 b, this "hot Jupiter" is so close to its star that the temperature in its upper atmosphere reaches a blazing 4,600 degrees Fahrenheit. Astronomers were able to figure out the temperature due to heavy metals, such as iron and magnesium, escaping the planet's atmosphere instead of condensing into clouds. (Photo/NASA)