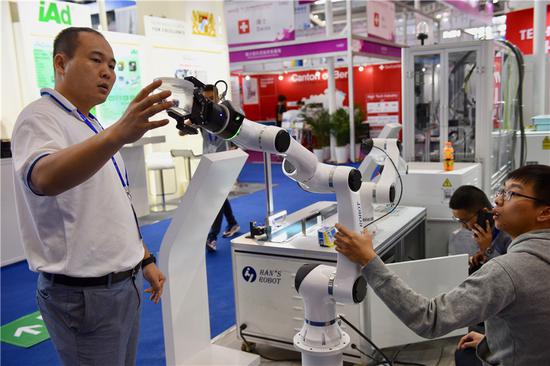 Fresh signs have emerged that foreign institutional investors' appetite for China's A shares may be growing, and that they may expect further glad tidings from regulators, market insiders said.

On March 11, Yan Qingmin, vice-chairman of the China Securities Regulatory Commission, told reporters the top securities regulator will study plans to continuously raise the foreign ownership cap and further open up the capital market, in line with the nation's ongoing deepening of the reform and opening-up policy.

In recent years, China's capital market has seen introduction of stock connects linking bourses in Shanghai, Shenzhen and Hong Kong, with plans under way to add London to the network, all to improve access to foreign investors.

For its part, MSCI will continue to raise weighting of A shares in its various indexes, most notably the emerging markets gauge. Analysts said the move would funnel nearly $70 billion in fresh overseas capital into mainland-listed stocks.

In a statement after market close that day, the company said the bourse halted buy orders for its shares under the Shenzhen-Hong Kong Stock Connect as offshore investors' holdings topped 28 percent. Sell orders would still be received, it said.

As per Chinese regulations, as soon as overseas ownership in a mainland-listed company exceeds 28 percent, buy orders from Hong Kong are halted. Sell orders, however, can continue. Buy orders are allowed to resume only after overseas ownership falls below 26 percent.

So far, only one other mainland-listed stock has seen overseas ownership reach the upper limit - Shanghai International Airport Co Ltd, in May 2015.

"Shares with rather high foreign ownership have notably outperformed the market in the long run."

Wang expects foreign investors to become the largest group of institutional investors in the A-share market over the next 10 years. "This will make research-driven long-term investments with focus on companies' fundamentals more prevalent in the Chinese market.

Weighting of Midea Group Co Ltd was also reduced as foreign ownership in it was very close to the 28-percent upper limit.

Zhang said: "At present, only a limited number of stocks have foreign ownership approaching the cap.

"Nevertheless, the ownership cap may be eased in the future, given China's commitment to deepening opening-up and the experiences of overseas markets."

Agreed Bao Ting, an analyst with Shenzhen-based Great Wall Securities. She said that after South Korea removed the foreign ownership cap imposed on listed companies in 1998, its stock market was totally included in MSCI indexes.

"Tech and growth enterprises may attract more attention from foreign investors than before this year, given MSCI's plan to add mid-cap and ChiNext shares in its indexes and China's great emphasis on technological innovation."