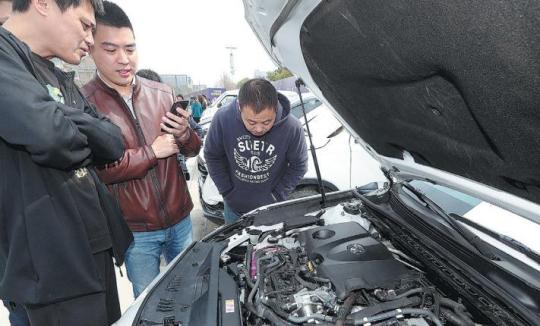 Complaints about cars and their components declined 5.8 percent year-on-year in 2018, partly a reflection of the overall vehicle sales decrease and partly due to improved market supervision, according to the China Consumers Association.

In a report released by the association last Monday, the CCA said it received 19,283 complaints last year, with 92.17 percent of cases settled. Of the total, 67.8 percent reached agreement after mediation, which avoided economic loss of 134 million yuan ($19.95 million) for customers.

The top three reasons that prompted customers to complain were poor after-sales service, breaches of contracts and faulty products, accounting for 32.2 percent, 20.7 percent and 20 percent of all complaints.

A total of 62.7 percent of the complaints last year were about passenger cars, followed by car components at 26.2 percent.

Chinese leading electric vehicle maker BYD received the most complaints among carmakers with 649 last year. Of them, the most complaints－107－were about the deposit. Some of their customers had to wait for more than six months to pick up their cars.

A staff member at BYD said the company is limited by battery production, despite the fact that it has power battery projects in Qinghai province, Chongqing and Xi'an, Shaanxi province.

In addition to its own growing fleet of new energy vehicles, BYD's power batteries are also supplied to other companies.

Hao Qingfeng, deputy secretary of the law society of China Customer Protection Bureau, told eeo.com.cn that one of the main reasons for the increasing complaints about BYD is that its production cannot keep up with its orders.

The rapid development of the new energy industry also brings with it some problems that need to be faced by the whole industry, including battery, mileage and quality. When its performance falls short of customers' expectations, complaints will follow, Hao said.

The problems are forcing carmakers to appease their customers with measures such as recalls. The statistics released by the State Administration for Market Regulation showed that China recalled 138, 868 new energy vehicles last year, accounting for 11 percent of its total sales last year.

The eeo.com.cn report quoted Hao as saying: "New energy vehicle is an immature industry, whose products are yet to be perfected. As sales grow, the increase of complaints is a positive correlation which can be understood. The key is that carmakers should pay attention to the solutions to these problems."

The CCA suggested in the report that customers should accelerate the construction of the national automobile service provider credit information sharing platform, which will provide a purchase reference for customers.