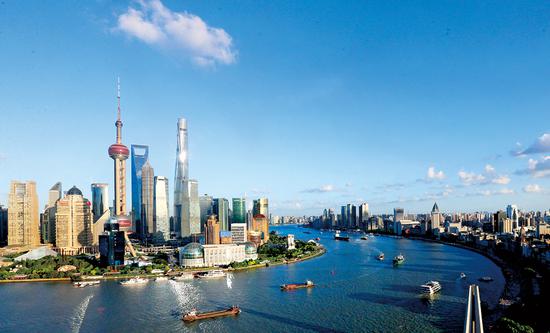 China's strong determination to persist with reform and opening-up will usher in more prosperity for its 1.3 billion population and also benefit the rest of the world, scholars said at a forum over the weekend.

They agreed that development of the real economy, boosting domestic consumption and continuous integration into globalization should be the key.

The scholars expressed the opinions at an international forum hosted by the China Institute for Reform and Development in Haikou, Hainan Province.

During his recent tour to Guangdong province, President Xi Jinping vowed that China will not waver from its reform and opening-up drive, saying that the campaign will benefit the whole world.

Chi Fulin, president of the China Institute of Reform and Development, said at the forum: "When we mark the 40th anniversary of China's reform and opening-up, we are not only reviewing past achievements. More importantly, we are seeking further development and prosperity, with a sense of urgency."

Chi said China began entering its late stage of industrialization in order to promote the upgrading of the manufacturing sector, and the key is to improve the development of the real economy.

He said supply-side structural reform prioritizing the opening of the service industry will unleash the potential of huge domestic demand.

"And, in the face of the new stage of opening-up and new changes in economic globalization, we must firmly promote full opening-up, which makes free trade a core constituent," Chi said.

The two-day forum attracted about 500 scholars, officials and entrepreneurs and other participants, from 12 countries.

Xiao Geng, president of the Hong Kong Institute for International Finance, said in the next stage of reform and opening-up, the guarantee of national security, happiness of the citizenry and proper construction of the future international order should be the three main goals.

"Furthermore, in the future, to see whether we achieve success or not, we should check out if we are attractive enough to bring in talent and capital," Xiao added.

Shen Danyang, vice-governor of Hainan Province, said that under the guidance of the important speech of President Xi on April 13, when Hainan marked its 30th anniversary as a special economic zone, the province will make every effort to transform itself into a new bench mark of reform and opening-up in the new era.

He said the opportunities of constructing free trade pilot zones and free trade ports on the island, which Xi announced in Hainan in April, should be grasped.

"We will explore construction of free trade ports with Chinese characteristics by creating a convenient business environment and accelerating the establishment of a mechanism that is in line with international trade rules," Shen said.

Atsushi Ijuin, lead economist at the Japan Center for Economic Research, welcomed the massive cooperation among Northeast Asian countries. He said that globally, protectionism is on the rise, and regionally the tension on the Korean Peninsula has been eased.

"The three countries of China, Japan and South Korea should sign high-quality trade agreements as soon as possible," he said.