Most young Chinese waiting to save for retirement 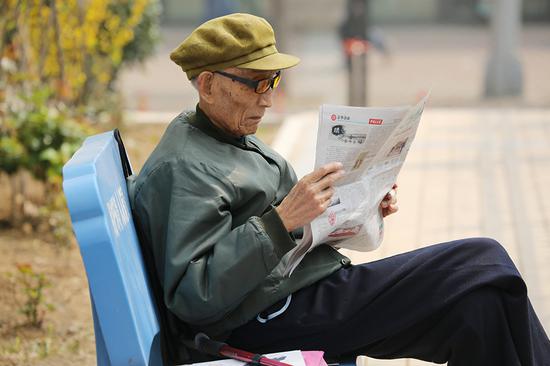 Zhou Zhifu, the late army officer, reads a newspaper in a garden at the sanatorium where he spent his post-retirement life. (Photo provided to China Daily)

People need at least 1.82 million yuan ($263,634) of savings for retirement, a new survey shows. However, more than half of young Chinese have not yet started saving.

Many choose to depend on their national pension, but know little about the government-run pension system, according to the China Pension Outlook Report, released by Ant Financial and Fidelity International.

The findings are based on a survey of 28,440 respondents on the Ant Fortune platform, with 95 percent of respondents coming from China's first- to fourth-tier cities, and 75 percent being young people aged between 18 and 35.

The survey found the average retirement age is 58, and 54 percent of respondents said they had not started saving for retirement.

Taking investments out of consideration, respondents think they need at least 1.82 million yuan in cash savings to retire. For young people aged below 35, the figure is set at 1.63 million yuan.

Among young people who have not started saving, 40 percent planned to start at the age of 40. They also hoped to retire at 57 — meaning they would have 17 years to achieve their saving goals.

From China's first-tier to fourth-tier cities, the proportion of those who have not prepared for their retirement savings remained generally stable, at 53 to 55 percent.

Nearly two-thirds of young people still hoped to depend on their national pension and savings when they retired, while less than one-third put investments in annuities, insurance products, rental income, stocks or real estate, the report added.