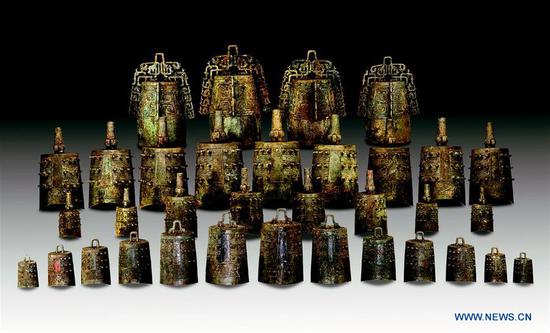 A total of six archaeological projects were made public by the Institute of Archaeology of the Chinese Academy of Social Sciences (CASS) on Friday as "China's 2019 archaeological discoveries of the year."

The six laureate archaeological projects include a Neolithic site of Longshan Culture in east China's Shandong Province, a tomb of the Spring and Autumn Period (770-476 BC) in Hubei Province, and a tomb with frescos which dates back to Tibetan Tubo Kingdom (about 618-842) in the high-altitude Qinghai-Tibet Plateau.

Nateshwar in the Vikrampura Ancient City in the People's Republic of Bangladesh was named the foreign archaeological discovery of 2019.

The forum, initiated in 2002, is considered as a platform for exchanging information, presenting new findings and academic lectures of archaeology due to its wide recognition and high professional standards.