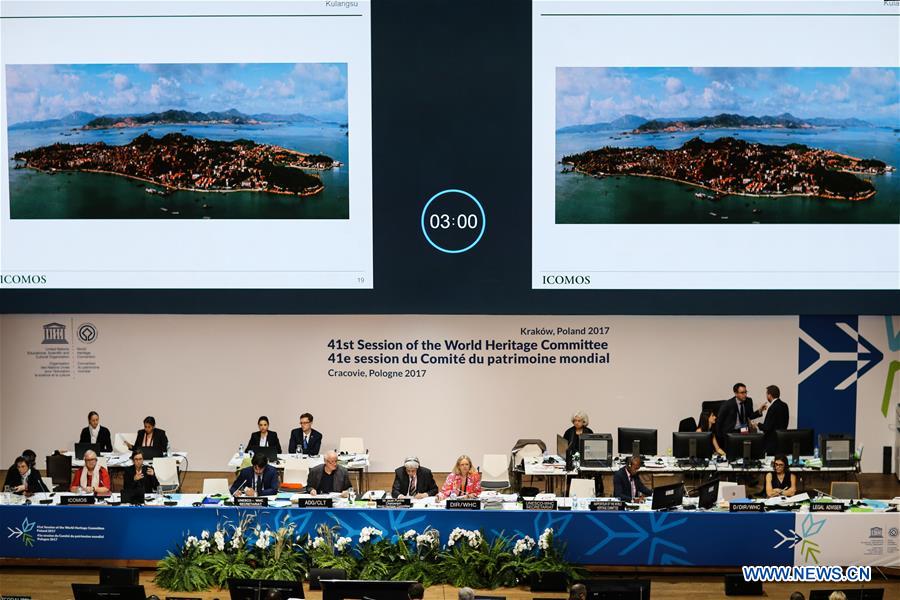 The 41st session of the World Heritage Committee on Saturday decided to put China's Gulangyu historic international settlement on the prestigious World Heritage List as a cultural site. So far, China has 52 sites inscribed to the List.

Only a six-minute ferry ride from Xiamen, Fujian's dynamic economic and culture hub, Gulangyu has an area of about two square kilometers and is home to 20,000 residents.

In the early 20th century, the island attracted overseas Chinese elites, who returned and built private residences on the island, often with a mixture of eastern and western architectural styles.

Gulangyu has more than 2,000 intact historical buildings, making it one of the best-preserved international settlements in China. 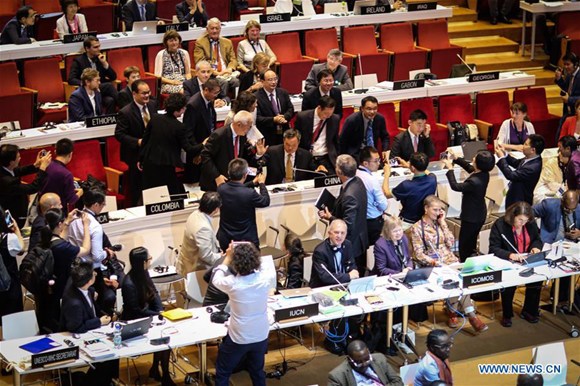 Wu Yongqi, a historian on Gulangyu, said the styles developed here affected the architecture in southern Fujian and were brought to east and southeast Asia by Chinese immigrants.

"The island was home to an international community made up of local people, overseas Chinese and foreigners," Wu said. "It was a distinct combination and the integration of their cultures made the island unique."

A popular tourist destination, the island receives more than 10 million visitors per year.

"People often come to the island for its beautiful gardens, winding alleyways, pristine beaches and quiet lifestyle," Wu said. "However, the island's status as a world cultural heritage tells another story."

"Better protection is what we want to achieve through the world heritage inscription," said Zheng Yilin, director of Gulangyu island management committee.

According to UNESCO, the inscription serves as a "magnet for international cooperation" and financial assistance for heritage conservation projects.

"With the successful inscription, we are going to keep up with these efforts," Zheng said. 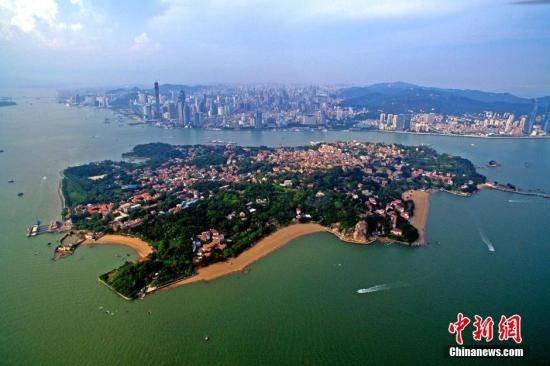 Gulangyu has one of the highest pianos ownership ratios in China, with nearly 600 pianos on an island that is less than two square kilometers.

Many of China's most celebrated musicians have come from Gulangyu, and the island is nicknamed "piano island."

"When I was a child, the sound of piano could be heard everywhere on the island," said Fang Site, a 34-year-old local pianist. Her family was among the overseas Chinese who moved to the island in the early 1900s.

Fang said she grew up in a place with strong music traditions. At about six years old, she and many of her peers were sent to music schools on the island.

Her family, like many others on Gulangyu, gather weekly to hold a family concert, a tradition that persists to this day.

"The concert is a part of our lives, through which we connect with our families and express our love for music and life," Fang said.

Gulangyu has the first piano museum and only organ museum in China, both established by Hu Youyi, an Australian Chinese pianist and collector. The museums host important music festivals and contests regularly.

Fang is the curator of the organ museum and has received UNESCO inspectors to the museum, a landmark on Gulangyu and one of the 53 historical buildings.

"Music is an important part of Gulangyu's culture and my life. With the inscription, our music has a wider audience," she said. "Gulangyu's inscription provides a great opportunity for the preservation and promotion of music culture," Fang said.