Suzhou heritage gets a boost 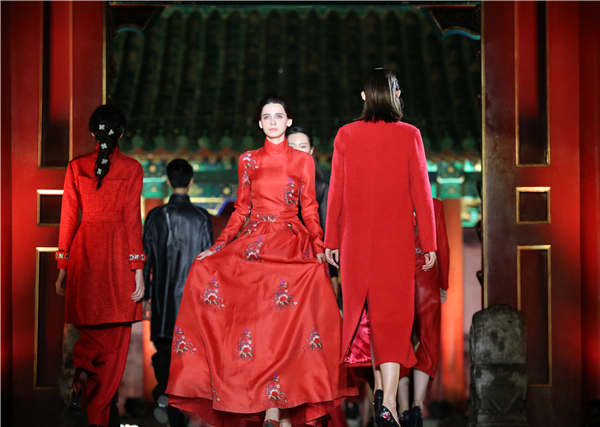 Models show creations of fashion brands that demonstrate how they enliven Chinese garments at a recent runway show at Prince Gong's Mansion in Beijing. (Photo by Jiang Dong/China Daily)

An exhibition on Suzhou embroidery, which is known for its subtlety, brings to the fore its long history.

The events, supported by the department of intangible cultural heritage under the Ministry of Culture, were organized by the China National Garment Association, the Beijing Institute of Fashion Technology, the organizing committee of China Fashion Week and Minzu University of China.

The shows, held over June 5-10, included an exhibition on Suzhou embroidery, which dates back to more than 2,000 years and is known for its subtlety.

The exhibition showcased garments, paintings, and demonstrated the skills of the makers.